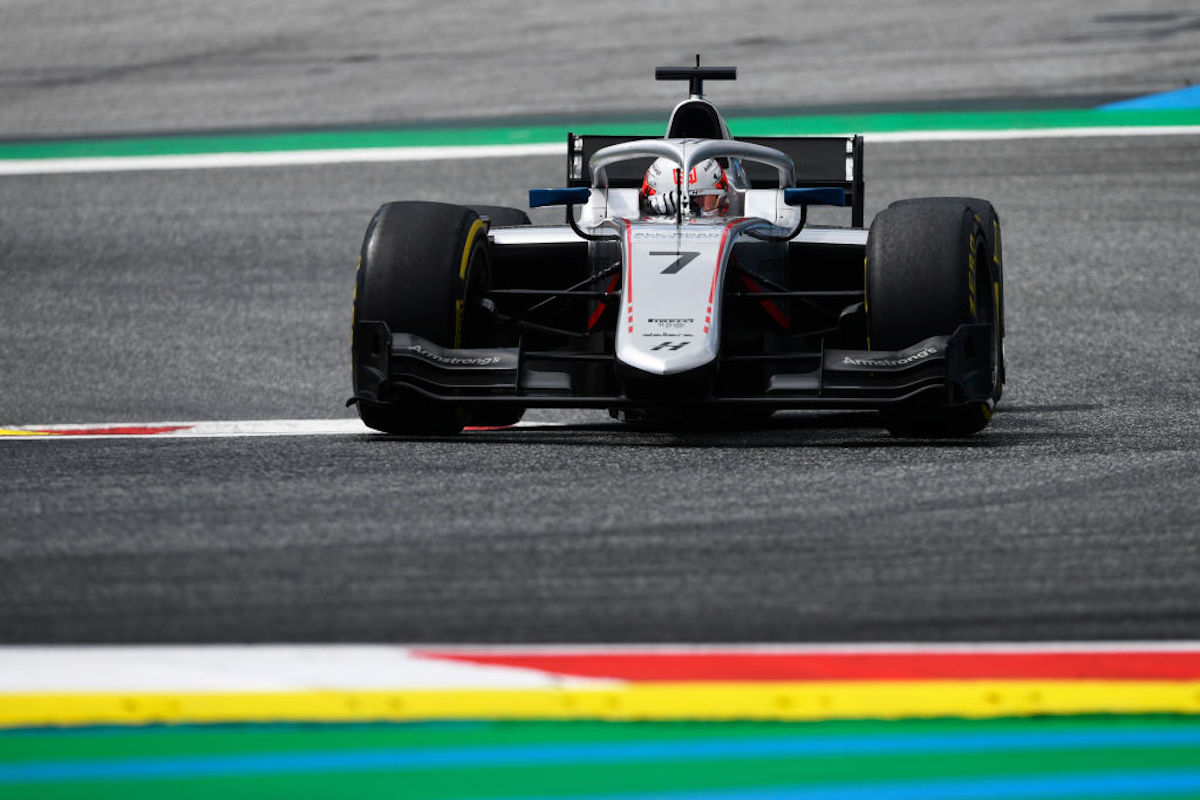 The Hitech GP driver started from pole and was untouchable throughout the race, finishing 1.098s ahead of the rest of the field.

Theo Pourchaire crossed the line second, but remains under investigation for exceeding track limits, which played a significant role as in qualifying.

Pourchaire was comfortably ahead of Jack Doohan, who pipped Richard Verschoor off the line to take third and was under pressure from Felipe Drugovich.

But the ART Grand Prix driver received multiple warnings about track limits. Towards the end of the race, he appeared to back off and Doohan, having shaken Drugovich, closed onto the back of Pourchaire. He kept Pourchaire under pressure but couldn’t find a way past before the chequered flag.

Pourchaire remains under investigation but a number of drivers were already handed penalties during the race. Frederik Vesti, Amaury Cordeel and Olli Caldwell were among those caught out by the white lines. Each were handed five-second penalties.

A five-second penalty would drop Pourchaire down to fourth, behind championship rival Drugovich.

Sargeant had a difficult race. He was forced wide at the start, dropping behind the battle with Vips and Verschoor. Vips was eventually able to pull away from the pair, and Verschoor was left to defend against a train of drivers for sixth. Sargeant pushed hard but couldn’t find a way through and himself came under pressure from Ayumu Iwasa late on.

Iwasa would have to settle for eighth, ahead of Enzo Fittipaldi, who was battling Vesti on track. Dennis Hauger completed the top 10.

It was a race to forget for Liam Lawson, who struggled to get off the line on the formation lap. He would eventually start the race, but retired soon after with an apparent mechanical issue. He briefly stopped on track, causing a virtual safety car, but was able to get going again and returned to the pits.