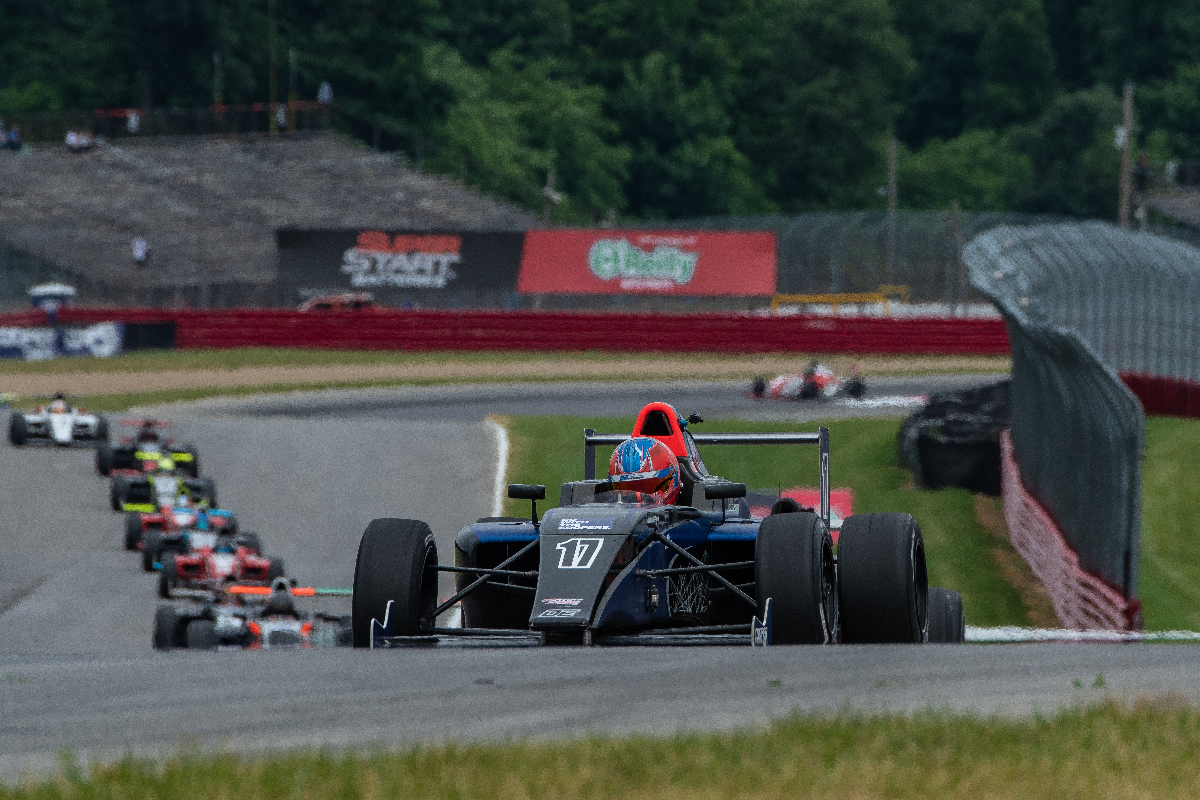 Mac Clark extended his USF Juniors points lead with three poles and a win at Mid-Ohio.

Clark failed to convert the first two poles into wins, although did come close both times. The DEForce Racing driver led three quarters of race one, sitting ahead of Velocity Racing Development’s Sam Corry until a restart with six laps to go following a caution period caused by Maxwell Jamieson getting beached in the gravel.

Corry got his move done quickly then positioned himself well to prevent Clark counter-attacking in the remaining laps to claim his first series win. Alessandro de Tullio finished third in that race, ahead of Nikita Johnson and Andre Castro.

However Castro had overtaken Elliot Cox under yellow flag conditions earlier in the race and was booted down to eighth place behind him in the final classification. Giorgio Carrara inherited fifth ahead of Jeremy Fairbairn, who had been in front until the penultimate lap. Carrara had spent most of the race battling Lucas Fecury further down the order, with the pair swapping places multiple times.

Race two ran very similar to race one for Clark, as he led the race until a late caution period. VRD trio de Tullio, Corry and Johnson had been in his mirrors throughout, and on the penultimate lap restart de Tullio was alongside Clark long before they even reached turn one.

He managed to stay alongside until turn five where he finally got the overtake done by leaving Clark little room at the exit, and that proved to be the winning move. Johnson and Corry pursed Clark home in third and fourth, and Carrara was fifth.

A seven-car group was squabbling on his tail, particularly after the restart, and Fairbairn came from 11th on the grid to pass three cars on the last lap to finish sixth. Castro and Isambard were just behind, the latter having had a race full of passing.

Race three also had a caution period but it took place early, and Clark built up his biggest lead yet over de Tullio after that. Johnson got past de Tullio in the race’s second half though and hunted Clark down, trying three times on the last lap to overtake him but not being able to get by.

Again there was loads of battling behind, with Corry going tom second to seventh before finishing fifth.