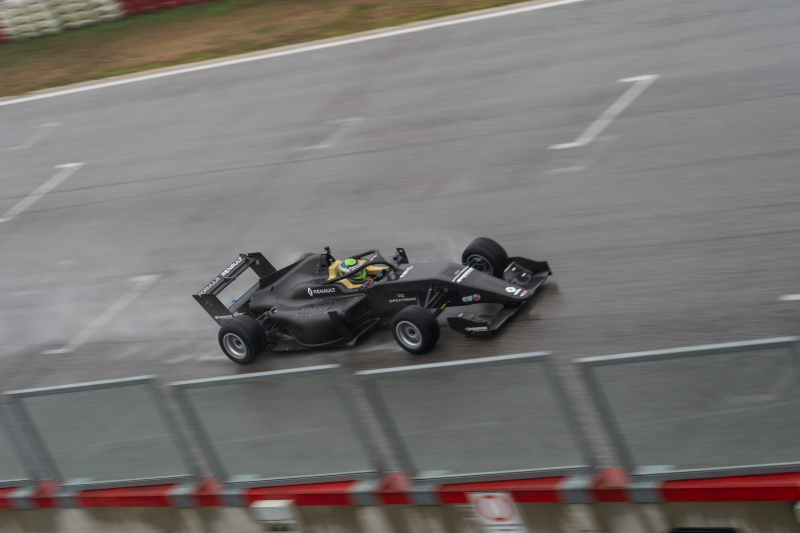 Arden has named its British Formula 4 race-winner Patrik Pasma as the first of its Formula Renault Eurocup drivers for 2019.

Finnish driver Pasma spent two seasons in F4, moving from Carlin to Arden for 2018 and winning twice at Rockingham on his way to sixth in the standings.

?I?m really happy to be back working with Arden after such a strong successful season last year in F4, achieving my first victory and numerous podiums, and I am confident this year myself and the team can deliver the same result,” said Pasma.

Arden had Pasma on driving duties when the Eurocup teams conducted a shakedown of their first of the new-for-2019 cars in Italy last week (pictured).

The ex-Formula Ford 1600 racer previously undertook a testing programme with the team’s old Formula Renault chassis at the end of last year in order to learn some of the Eurocup circuits.

“We are delighted for Patrik to join us in our Formula Renault Eurocup campaign this year,” said Arden’s Eurocup team manager Ben Salter.

“He had a very impressive 2018 season and we are happy that Patrik will continue to be part of the Arden team in 2019 and pleased to be supporting him in his motorsport career.?

The team said it is close to announcing its other drivers for the 2019 campaign.