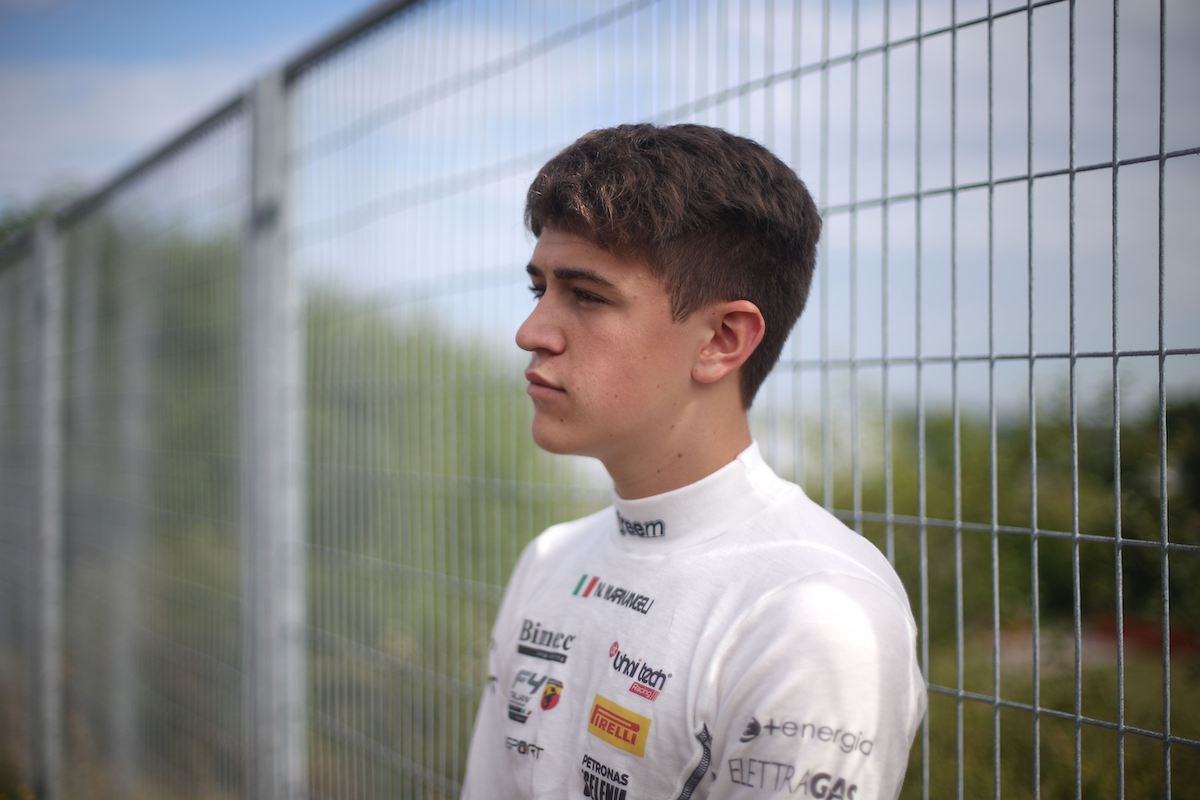 Arden has finalised its line-up for the Formula Regional European Championship by Alpine with the signing of Nicola Marinangeli.

Marinangeli joins new team-mates Alex Quinn and William Alatalo – both also announced by Arden this week – in joining the FREC field from the Formula Renault Eurocup, which has been merged into its fellow Regional Formula 3 series for 2021.

In his case, Marinangeli has already raced in FREC however, having contested the final two rounds of the 2020 season with KIC Motorsport. He scored a solitary point in the Eurocup last year after stepping up from Italian Formula 4 with the Bhaitech team.

“I’m delighted to be confirmed as an Arden Motorsport driver for the season ahead,” he said.

“Having enjoyed a few outings in the series last season, I’ve been working hard over the winter and now feel prepared to tackle my first full season.

“It’s great to be joining such an established team at this level of the sport, and I’m looking forward to working closely with the engineers, and my team-mates William and Alex, to ensure we extract the most possible from this year.

“It’s a strong move for me and an exciting next step in my career; I can’t wait to get racing at Spa in a couple of months’ time.”

So far, 18 drivers are confirmed across seven teams for the FREC season, with Arden joining Prema, ART Grand Prix and R-ace GP in having announced at least three drivers.

“Everybody at Arden is pleased to welcome Nicola to our Formula Regional European Championship by Alpine team for the 2021 season ahead,” said team manager Ben Salter.

“He’s got a good track record at this level, having gained valuable experience in both Formula Regional and the Eurocup last season, and we’ve been impressed with his speed and race craft to date.

“Together with William and Alex, we should have a strong setup ready to attack the season ahead.”

By confirming the completion of a three-car line-up, Arden will not be among the teams taking advantage of the new rule permitting a fourth entry in FREC if it is raced by a female driver.