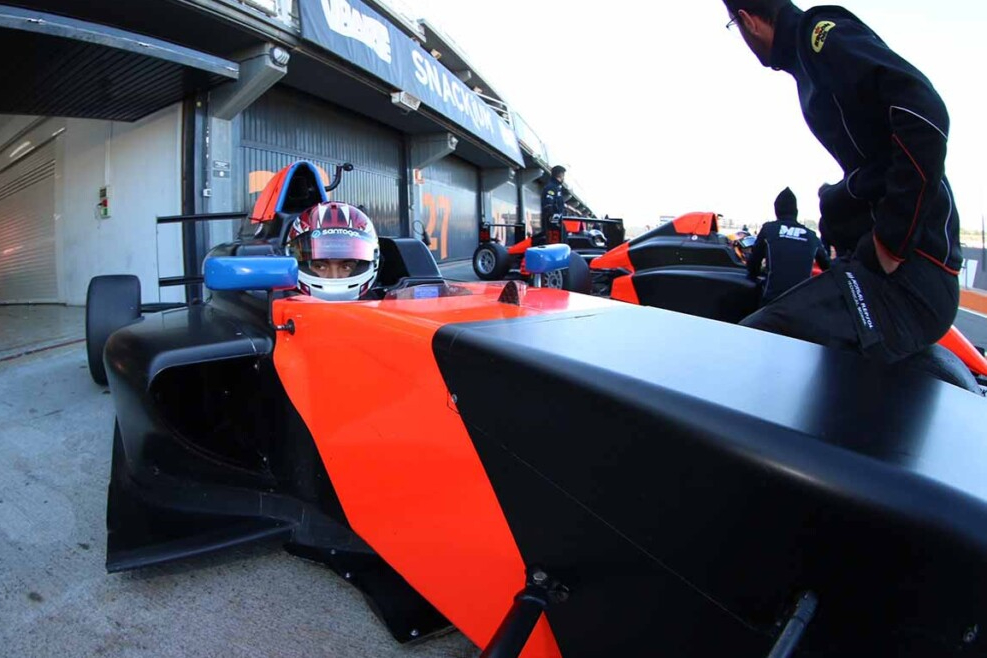 Manuel Espirito Santo and Guilherme Oliveira will return to Spanish Formula 4 to contest full-time campaigns this year, after both making one-off appearances in the past.

Santo tested with the Drivex School team at the end of 2018, having only been karting for a year, then debuted 11 months later with the team at Barcelona and finished eighth on his debut.

The 17-year-old raced in senior karting in his home country of Portugal last year as well as running a F4 test programme with MP Motorsport, who he now joins.

“It is a team I have always looked up to. I’m extremely grateful for this opportunity, and I aim to make the most of it.

“After my first test with the team, I felt really good in the car straight away and was comfortable with the people around me. I’m looking to achieve some good results and fight for the championship.”

Espirito Santo is MP’s fifth signing for the season, with the Dutch team’s line-up expected to feature two more drivers.

Oliveira also debuted in the series with Drivex, and he returns to the team for 2021 in one of its FA Racing-branded cars.

“It’s a huge responsibility to be representing the colours of Fernando Alonso in the Spanish F4 championship. Huge thanks to Synergy Driver Performance and [Drivex boss] Miguel Angel de Castro for this opportunity.

“Let’s work even harder to achieve the good results. A dream come true!”

Oliveira’s first single-seater appearance was supposed to be the 2019 Motorsport Games F4 Cup, but his place representing Team Portugal ended up being taken by someone else and he didn’t get to race a car until the penultimate Spanish F4 round of 2020 at Jarama. He immediately impressed, finishing seventh on his debut and coming fourth in his second race.