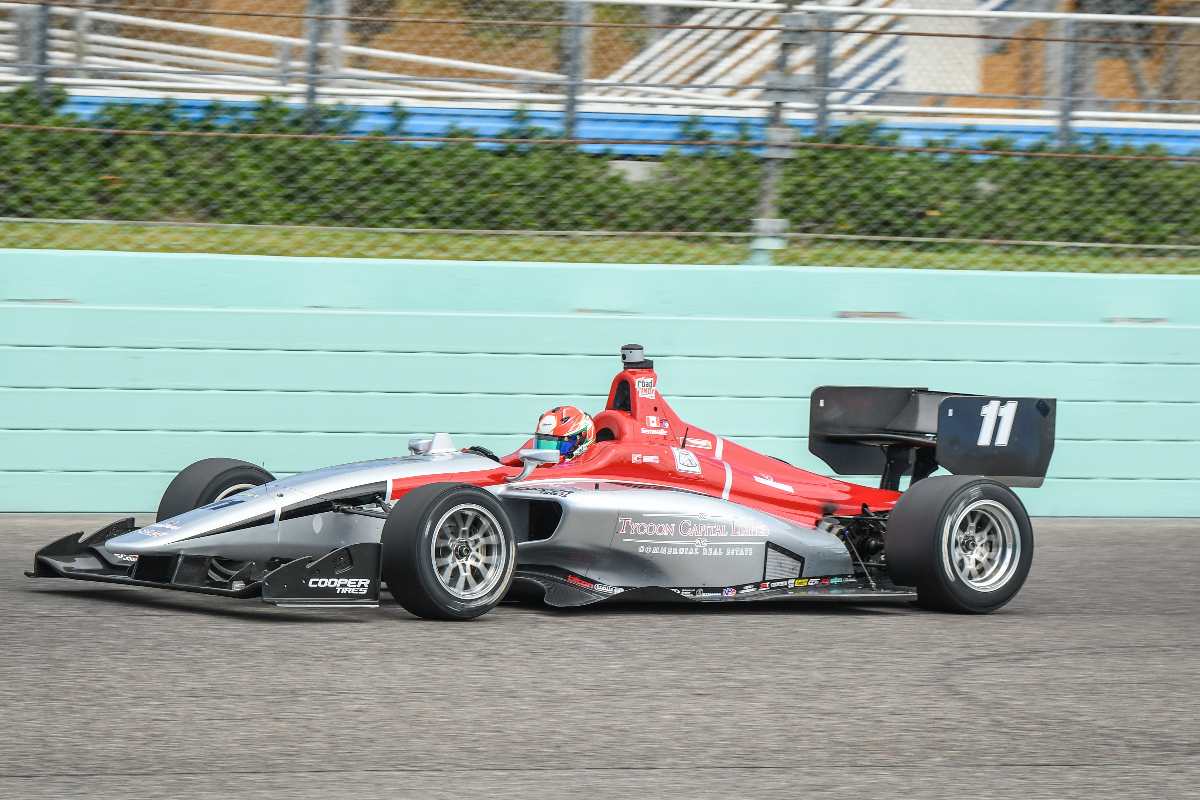 Antonio Serravalle will make his Indy Lights debut in next month’s season opener, one year after he originally planned to join the series.

The Canadian was a national karting champion at a junior level and first waded into single-seater racing in 2018 with the debuting Exclusive Autosport team in Indy Pro 2000, and returned there in 2019 with his family-run Pserra Racing team.

Pserra was supported by Jay Howard Driver Development and then RP Motorsport, and Serravalle took a best finish of fourth. His planned 2020 Indy Lights move was a part-time deal with HMD Motorsports, but Pserra will run the 18-year-old in 2021.

“I am excited, and I truly have a good feeling about this season as we have put a lot of effort into this program,” said Serravalle, whose 2020 Indy Lights effort was halted by the season being cancelled after one free practice session.

“And while people might think we are the underdogs, it makes this experience that much more interesting and will make the success that much more rewarding.

“We have a great crew coming together with Pserra Racing. My Dad, Peter Serravalle, has a lot of experience and knowledge in the mechanical field.

“We will be putting the puzzle together with people with the right expertise in the proper positions, and we will be looking to expand to a two-driver line up later this year as opportunities present themselves.”

Besides his 24 starts in IP2000, Serravalle has also contested two rounds in Formula Regional Americas over the past two years and taken a best finish of sixth.

He did plan to have the support of a European team for his 2021 programme, but travel restrictions following the emergence of new COVID-19 variants in Europe means Pserra will be running solo when the season begins at Barber Motorsports Park.