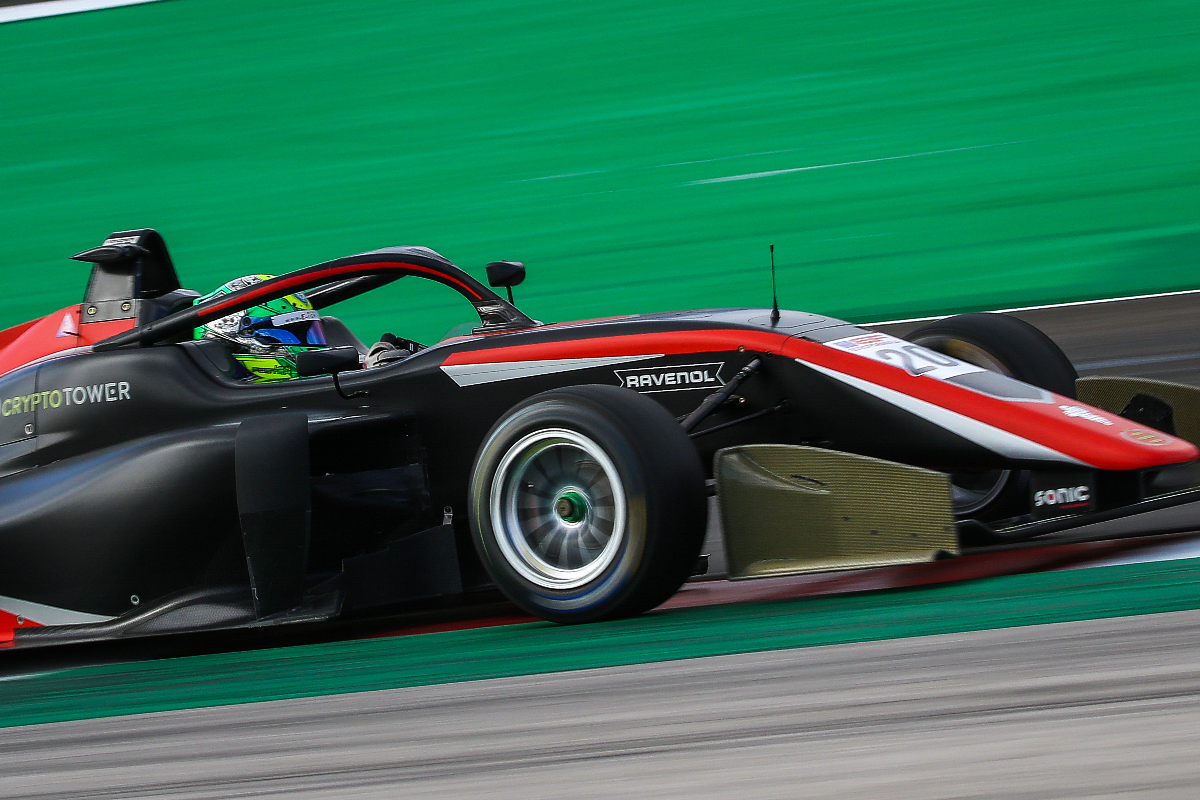 The first official Euroformula test of 2021 started at Spa-Francorchamps on Wednesday, with CryptoTower Racing Team’s Louis Foster setting the pace.

Red flag stoppages interrupted the morning session at Spa, which took place in an unusually high 25°C for March in the Ardennes forest, as the track was shared with the Spanish Formula 4 grid and FIA Formula 3 teams testing with GP3 cars.

Motopark’s Red Bull junior Jak Crawford sat atop the timesheet for the first few hours, then going into the final hour Foster moved ahead with a 1m12.381s.

Lengthy debriefs between runs, wanting to get the best track conditions and also avoiding the Spanish F4 traffic meant there were no improvements posted again until the final 20 minutes as Crawford returned to first place by a tenth of a second.

With 10 minutes to go a strong lap by CryptoTower’s Nazim Azman took half a second out of Crawford’s benchmark, and then moments later Foster took another half-second out of that to end the session with a 2m11.145s.

Van Amersfoort Racing’s Casper Stevenson rose to third late on to be the only other driver in the 2m11s, as Crawford was shuffled to fourth.

Fifth fastest for Double R Racing was Arthur Leclerc, who will race for Prema in FIA F3 this year, and the Ferrari junior was the man to beat in the afternoon.

Drivers waited almost an hour until actually leaving the pits in the afternoon as Spanish F4 cars populated the track, and once they set out it was Stevenson who set the pace.

Leclerc demoted him from first place on a run that brought him into the 2m11s, and when he returned to track in the final 10 minutes he improved again to set the third fastest laptime of the day.

Crawford and Foster were a closely matched second and third in the afternoon session, and Stevenson was fourth.

Charlie Eastwood and Salih Yoluc, who came second in Euroformula’s sister series International GT Open and won the Le Mans 24 Hours’ GTE Am class in 2020, got to drive Double R’s second car while Joshua Mason was en route to Spa to test.

At the start of his car racing career, Eastwood competed in the Formula Renault Eurocup and Toyota Racing Series before switching to sportscars with success.

Formula Scout understands an FIA F3-bound driver was in the second of VAR’s Dallara 320s, and that Drivex School was running two debutants to high-downforce single-seaters.