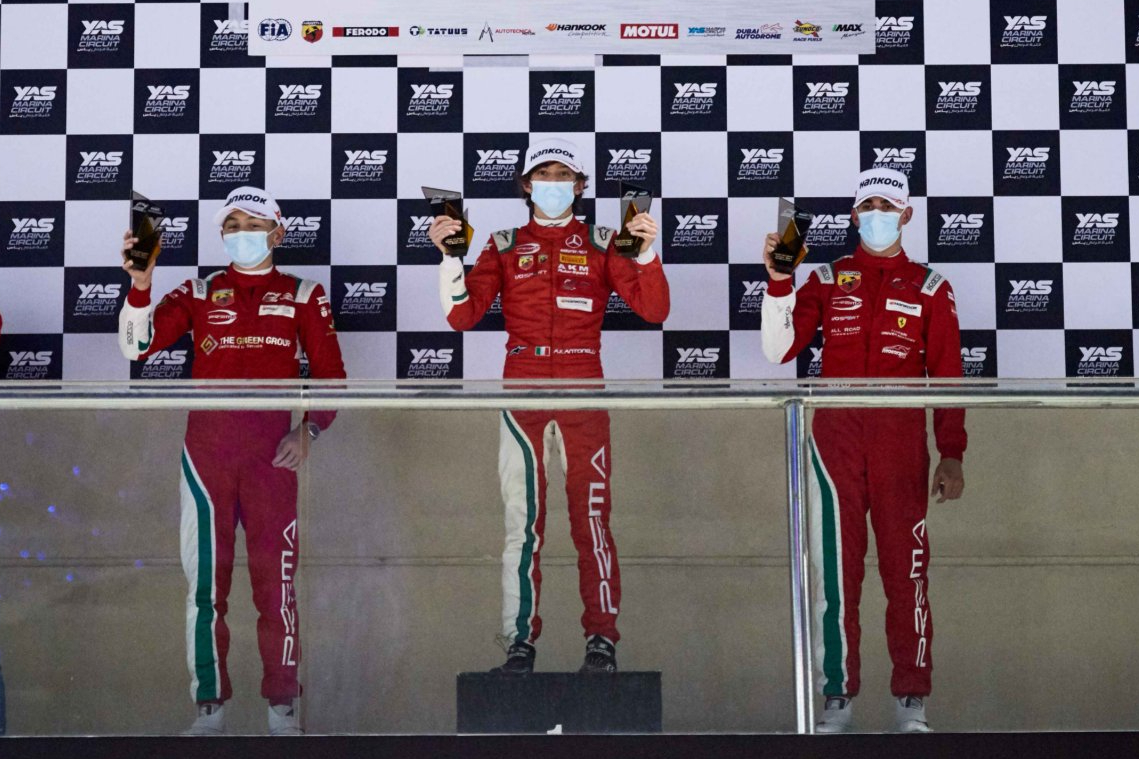 Mercedes-AMG Formula 1 junior Andrea Kimi Antonelli is set to do only one more Formula 4 United Arab Emirates round, despite leading the championship after standing in for round one.

Antonelli signed with Abu Dhabi Racing by Prema to contest round three at Dubai Autodrome on February 4-6, taking over the car driven last weekend by James Wharton and which will be in the hands of Conrad Laursen at the end of the season.

However Ferrari junior and karting graduate Rafael Camara tested povitive for COVID-19, and so Antonelli was called up to take his seat in Prema’s main team for the Yas Marina Circuit season opener. He went on to take three on-the-road wins.

“Race one was the most special because of course it was my first win. Race two was really good because after starting P5 I had immediately a great pace and once I got the lead I started to pull away, and then I won the race itself.”

Antonelli topped pre-event testing and the warm-up session before qualifying third and first in last Friday’s two qualifying sessions. He converted third on the grid into a maiden single-seater victory in race one by triumphing in a three-way photo finish between Prema drivers. It was the 15-year-old’s 11th race in cars, having taken four podiums in the first 10.

In race two he dominated to meet the chequered flag 5.111 seconds ahead of Aiden Neate, in one of the Abu Dhabi Racing cars, but a post-race penalty for crossing the pit exit line reduced that winning margin to 0.111s.

A third win in a row came in race three, before a penalty for the same offence (after drivers were not informed of the cause of the previous penalties in a timely enough fashion) dropped him to third.

“Race three was tough because my team-mate had a great pace so I couldn’t do any mistakes,” added Antonelli.

“Unluckily even if I finished first on track at the end I got a 10 seconds time penalty for touching the white line on exit of the pits. Race four was really fun because starting from P12 I had to recover. In the first laps I was a bit stuck in traffic, but then I started to pick one by one, finishing the race in second place.”

Antonelli’s charge up the order, at times running half a second faster than any of the other frontrunners, means he has a 34-point lead after round one of five. However he confirmed to Formula Scout he for now won’t be staying in Camara’s car for this weekend’s second round at Dubai, and is set to return at the same track a week later as originally planned.

After F4 UAE, Antonelli will form part of Prema’s line-up in the Italian F4 championship for a second year and he will also make select appearances in another European series.