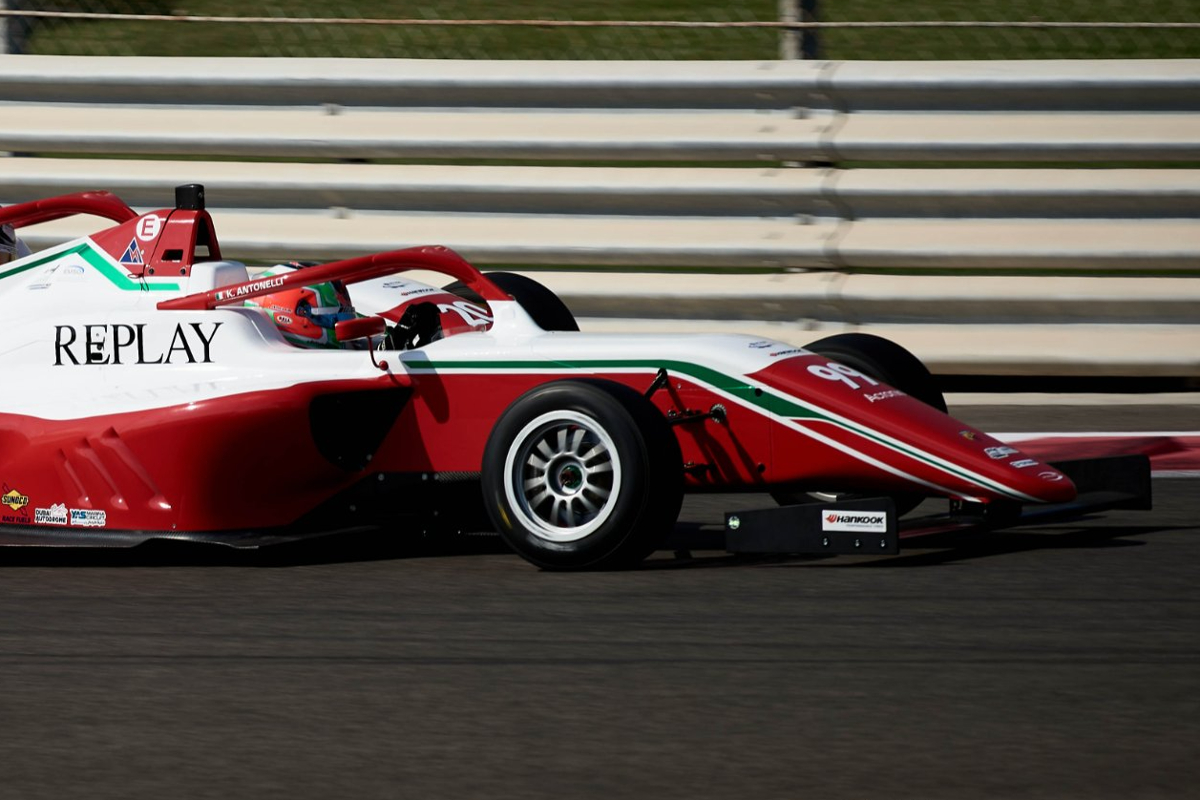 Junior single-seater racing kicked off its 2022 in style at Yas Marina Circuit on Friday, with the opening race Formula 4 United Arab Emirates race ending in a photo finish.

MP Motorsport’s Tasanapol Inthraphuvasak started on pole for the season opener, but stalled on the grid – which was based at the support pitlane rather than the grand prix pit straight – and dropped all the way to the back.

Abu Dhabi Racing by Prema’s Aiden Neate inherited the lead ahead of fellow Prema drivers Andrea Kimi Antonelli, who is standing in for Ferrari junior Rafael Camara this weekend after he tested positive for COVID-19, and James Wharton.

The grid navigated the first two sectors before a divebomb move by Xcel Motorsport’s Jamie Day at turn six led to a crash. MP’s Suleiman Zanfari avoided the lunging car but then cut across the corner and spun himself around the front of AKM Motorsport’s Brando Baoder.

The race was put behind the safety car until the start of lap seven, which left time for four laps of racing. Neate and Antonelli immediately sprinted away, and after a lap Mercedes-AMG Formula 1 junior Antonelli was lining up for the lead.

He tried at the turn six chicane but Neate defended hard and Antonelli had to take to the runoff. When he rejoined the track he allowed Neate back through just before the long turn nine left-hander that technically was the first corner of the lap.

Antonelli picked the outside line and got alongside all the way around the corner but Neate held on and Wharton and Hitech GP’s Alex Dunne were now closing in.

This was now the final lap, and Antonelli tried the outside again at turn six again. He was able to keep it on track but had to compromise his entry to turn seven, allowing Neate and Wharton to draw alongside as they met the chequered flag down the next straight. Antonelli won by 0.003 seconds ahead of Neate, with Wharton 0.108s behind in third.

Inthraphuvasak charged back up to 14th place and took fastest lap.