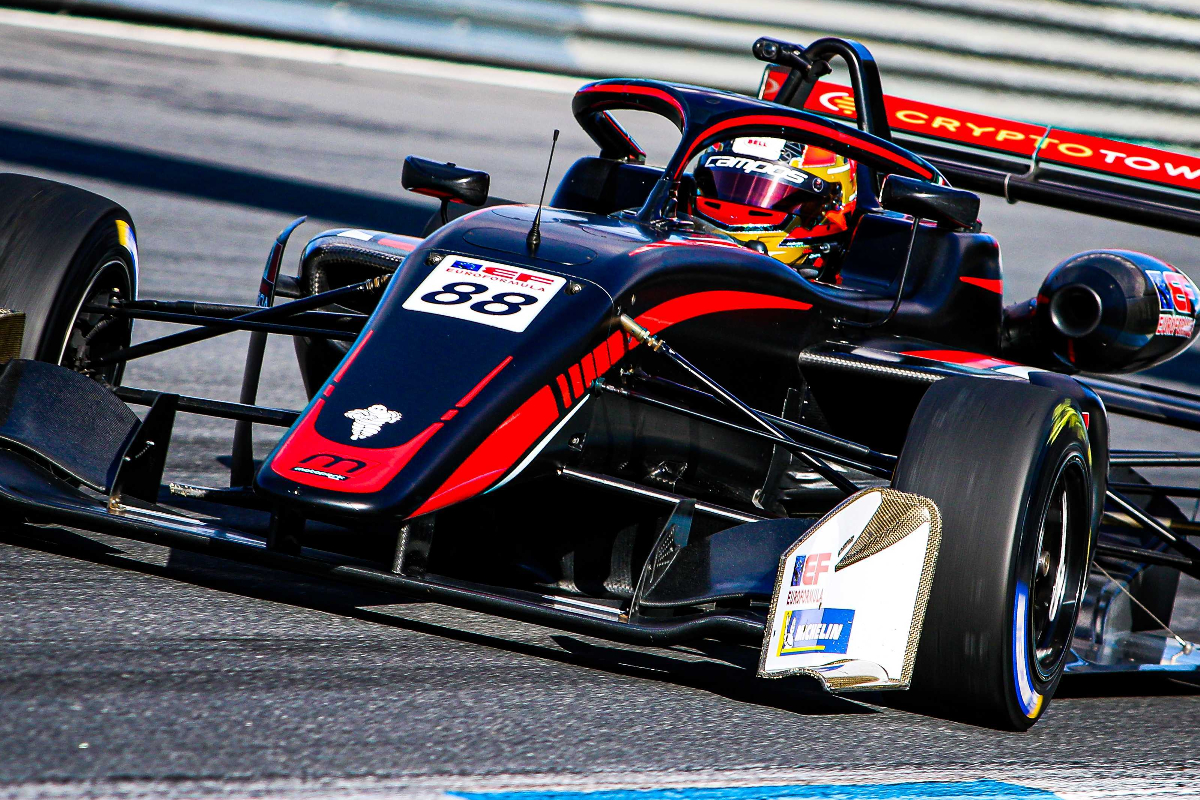 Mexican racer Alex Garcia will step up to Euroformula this season with Motopark, after spending three years in Formula 4.

The 18-year-old came fifth in NACAM F4’s 2018-19 season with three podium finishes to his name, and then did the first three rounds of the 2019-20 season before relocating his car racing career to Europe.

His next location was the Spanish F4 championship, and he was 23rd in the 2020 standings with Global Racing Service. Last year he switched to the debuting Campos Racing team, but didn’t have an improvement in results and was 24th in the points.

“I’m so proud to be part of an amazing team such as Motopark, I’m truly grateful for the opportunity they have given me,” said Garcia, who has tested Euroformula’s halo-shod Dallara 320 car with Motopark at Estoril and also done running in Formula Regional machinery with CAP Racing at Barcelona during the off-season.

“I’m gonna work hard and put my full focus for achieving great results. I’d like to thank my sponsors, family and management as without all of them I wouldn’t be able to do what I love the most.”

He is the second driver confirmed for the 2022 Euroformula grid after Christian Mansell, who will race for Motopark’s Japanese offshoot CryptoTower Racing Team.

Other drivers to have regularly tested with the two teams over winter include ADAC F4 race-winner Vlad Lomko and GB3 racer Frederick Lubin, and both are eyeing Euroformula seats.

“We are very happy to welcome Alex to the team,” Motopark’s team principal Timo Rumpfkeil said.

“He’s done a good testing programme in winter time where he showed great potential, and basically he’s been learning quite a lot because the step from the F4 car is quite a big one and it’s going to be a big step for him because he has to learn a lot of the circuits which he doesn’t know too.

“He’s going to be a clear rookie and we are aiming for him to challenge for the rookie title and hope to bring the results up to see him on the podium in the later part of the season.”

Euroformula is believed to have attracted a new team from central Europe to the series for the upcoming season.