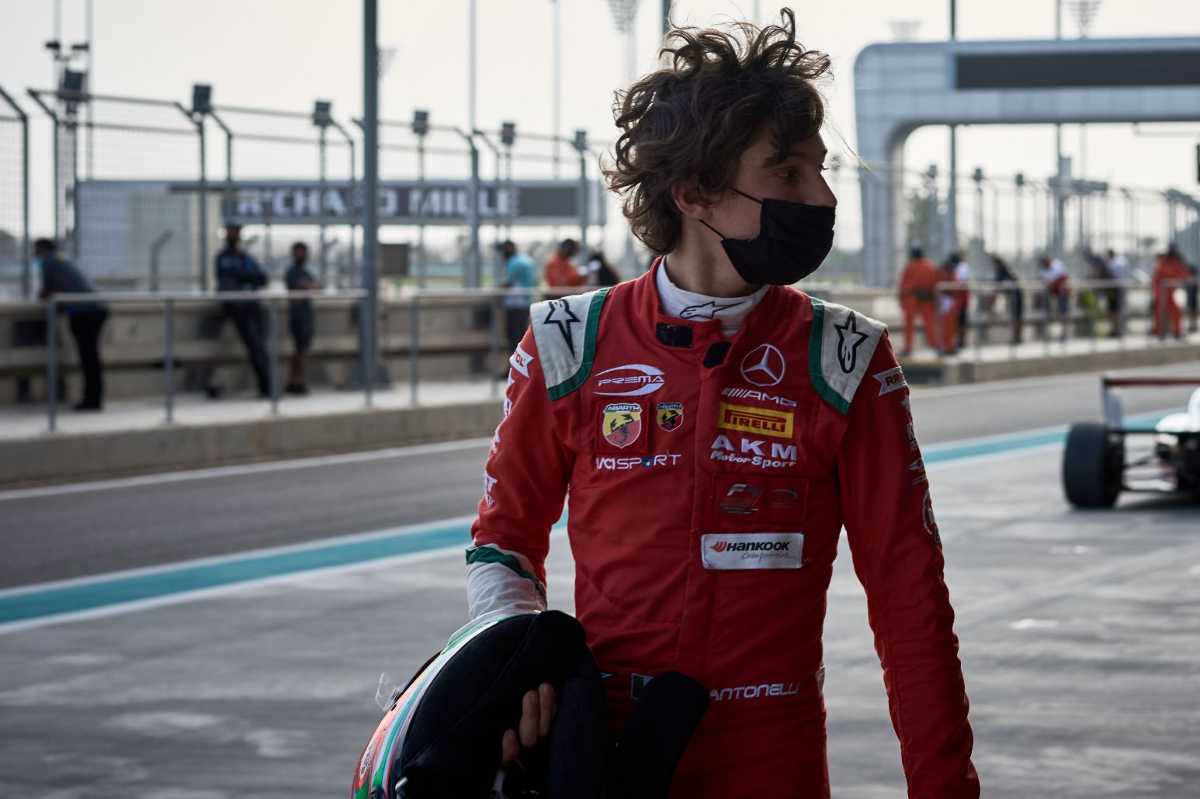 A storming start from fifth, after the top 10 on the initial grid were all handed grid penalties, put Antonelli onto the tail of early leader Hitech GP’s Ollie Gray on lap one.

Antonelli got better acceleration out of turn five on lap three to pass Gray into the turn six left-hander.

Thereafter he built a lead with several fastest laps and was unchallenged over the remainder of the 12-lap race to make it two wins from two.

Gray slowly fell back into the clutches of Abu Dhabi Racing by Prema’s Neate, who passed his compatriot for second place three laps from home.

MP Motorsport’s Tasanapol Inthraphuvasak was unable to convert pole to a podium and finished fourth, just holding off a late challenge from Prema’s James Wharton by 0.083s.

With Antonelli disappearing yp front, most of the action took place in the group battling for the lower points places.

Xcel Motorsport’s Sohil Shah worked his way to the front of that group to take sixth, 0.373s ahead of PHM Racing’s Nikita Bedrin who had made up five places from 12th on the grid.

Nikhil Bohra had been running as high as fifth before gradually dropping back through the field. His race was ended by contact from Vladislav Ryabov as the Russian driver made a wild lunge down the inside into turn 6. Ryabov joined Bohra in retirement as a result of front-end damage.

Martinius Stenshorne, seventh on his car racing debut in race one, was forced to pit at the end of the opening lap. Brando Badoer’s misfortune continued with a last lap retirement.

Eleven drivers, including all of the top 10 in race one, received three-place grid penalties for continuing to race after the chequered flag in Friday’s first race.