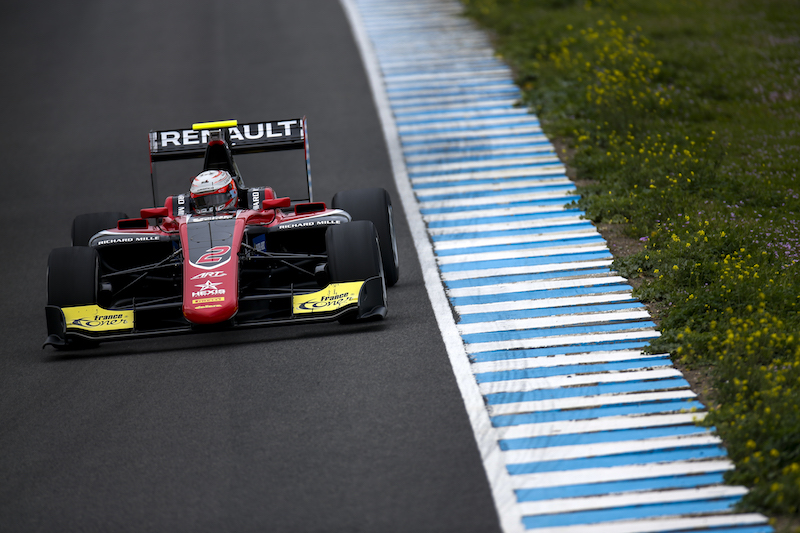 Anthoine Hubert was fastest again on the first day of the second GP3 pre-season test at Jerez.

The second-year ART driver, who set the quickest time of the first test at Paul Ricard three weeks ago, set the best time of 1m30.449s early in the afternoon session.

Leonardo Pulcini came third for Campos Racing ahead of Trident’s Alessio Lorandi, who had set the pace in the morning session with a 1m30.797s.

Fifth-placed Simo Laaksonen was the last driver to get underneath that benchmark in the afternoon, in front of Giuliano Alesi and Pedro Piquet.

In the morning session, which began with a damp track, Lorandi was 0.31 seconds faster than second-placed Kari.

Piquet – yet to be confirmed to race the Trident entry he has occupied throughout winter testing – was third in front of Boccolacci, Juan Correa and Laaksonen.

The ART quartet Hughes, Ilott, Mazepin and Hubert filled four of the next five places, separated only by Pulcini in seventh.