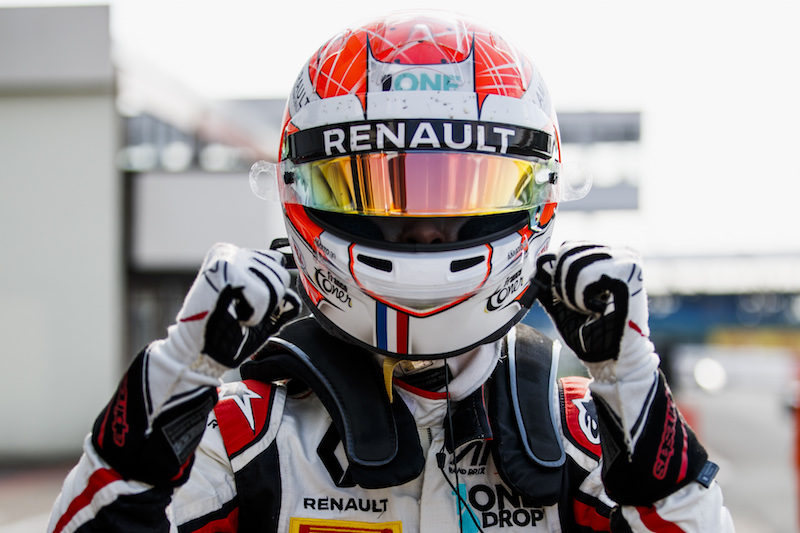 Anthoine Hubert bounced back from the disappointment of Austria to score his maiden GP3 pole position at Silverstone.

Hubert lost his championship lead when he failed to score at the Red Bull Ring last weekend, after a chain of events that started with an off in qualifying that ultimately led to his engine shutting off.

He initially hit the top of the times around halfway through the 30-minute session when he outpaced ART Grand Prix team-mate Callum Ilott by 0.123 seconds.

Inside the final five minutes, Leonardo Pulcini, Ilott and Nikita Mazepin all took turns at the top in quick succession before Hubert bettered Mazepin’s effort by 0.238 seconds with a lap of 1m46.033s.

That was enough for pole position despite improvements in time at the chequered flag from both Mazepin and Ilott, with 0.102s his final margin over the former.

Giuliano Alesi denied ART a top-three lock-out with the Trident driver moving himself ahead of Ilott at the death.

Ryan Tveter also impressed for Trident, going quickest at one stage and taking fifth with a late lap, with Alessio Lorandi slotting in just 0.001s behind in another Trident-run car.

Dorian Boccolacci took seventh with Jake Hughes having to settle for eighth despite improving late on.

Pulcini was pushed back to ninth in the end, just one spot in front of Campos team-mate Simo Laaksonen.