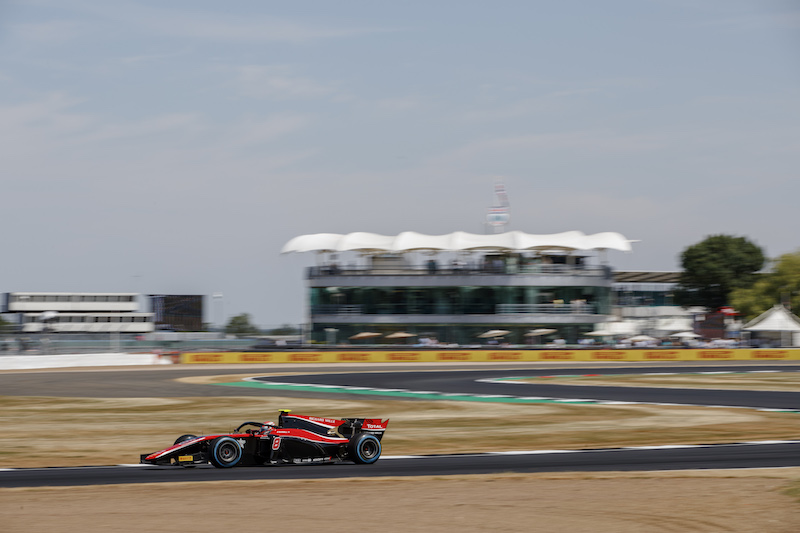 Championship leader Russell topped the times with his first flying lap prior to an early red flag, and then shaved exactly a tenth off that time following the restart.

Antonio Fuoco went back out on fresh tyres in the middle of the session to go three tenths of a second clear of Russell on a near-empty track, but the Mercedes development driver would fight back on his second run with four minutes left on the clock, lapping exactly three tenths faster than Fuoco’s time.

His 1m48.989s would be the only lap below the 1m49s mark, with Albon falling just short in second place.

Fuoco was able to improve his time again near the end to secure third place at the head of an all-Charouz second row of the grid next to Louis Deletraz, who did briefly go second in the closing stages.

It will be an all-Carlin third row of the grid, with Russell’s main title rival Lando Norris having to settle for sixth behind team-mate Sergio Sette Camara.

Artem Markelov saved himself from another disastrous qualifying result right at the end of the session, lifting himself up from 18th place to eighth, just behind Arjun Maini.

The red flag was caused by Roy Nissany coming to a halt, putting the only driver yet to score a point this season at the back of the grid for Saturday’s feature race.