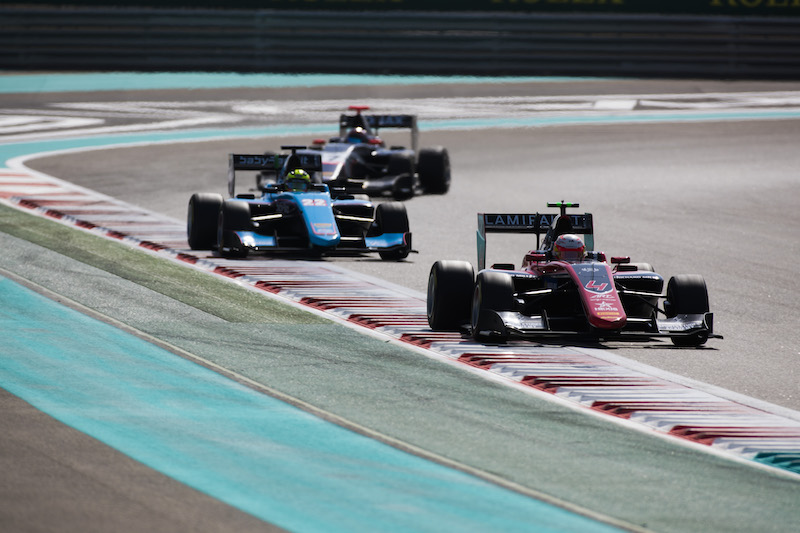 Anthoine Hubert has lost reversed-grid pole position for the final race of the GP3 season, and with it his strong chance of breaking his win duck and taking third place in the championship.

The ART Grand Prix driver finished eighth in the opening race, recovering after a brief technical problem had slowed him and dropped him from seventh to 11th.

However, it was found that Hubert failed to observe the 80 km/h speed limit under virtual safety car conditions, which were deployed twice during the race, and he was handed a five-second time penalty that dropped him back to 11th.

A series statement said that “car data determined that Hubert went back onto the throttle before using the speed limiter, in violation of the Sporting Regulations”.

The reversed-grid pole position for race two would have presented Hubert with a good opportunity to claim his maiden win and also to overhaul Nirei Fukuzumi for third place in the drivers’ standings, with only 13 points separating them before Hubert’s penalty was applied.

Fukuzmi finished race one in 15th place after a stall and subsequent contact, one place behind Jack Aitken, who is six points in front of the Japanese racer in the battle for second place.