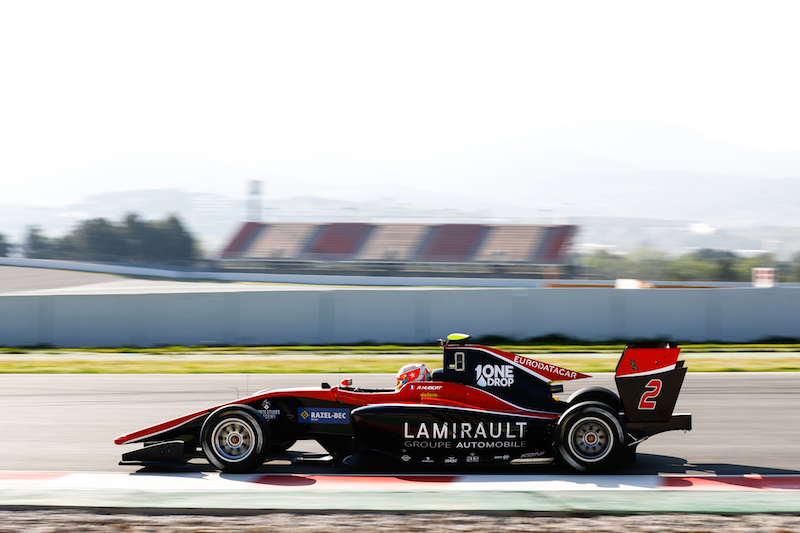 Hubert, returning for a second season with ART after finishing fourth in the 2017 standings, posted the fastest time of the test in the morning session on Wednesday.

Dorian Boccolacci was best of the rest in fourth for MP Motorsport, narrowly in front of Campos driver Leonardo Pulcini, whose benchmark time from Tuesday was bettered by more than one second by Hubert’s effort.

In his first test outing of the year, Formula Renault Eurocup runner-up Will Palmer repeated his Tuesday result of 13th for MP Motorsport.

Alesi went on to lead the afternoon session, when race runs were the priority ahead of next month’s season opener at the Spanish circuit.

Trident driver Alesi was 1.15s off Hubert’s earlier time, but was more than a quarter of a second clear of the next quickest driver in the afternoon, Jenzer’s Calderon.

Pedro Piquet, who is still to have a race deal with Trident confirmed for the coming season, came third.

Mazepin was the quickest of the ART drivers in 11th, one place ahead of Hughes, with Ilott 17th and Hughes 18th.

Alessio Lorandi suffered an early end to his pre-season when he was hit with engine failure just three laps into the morning session.