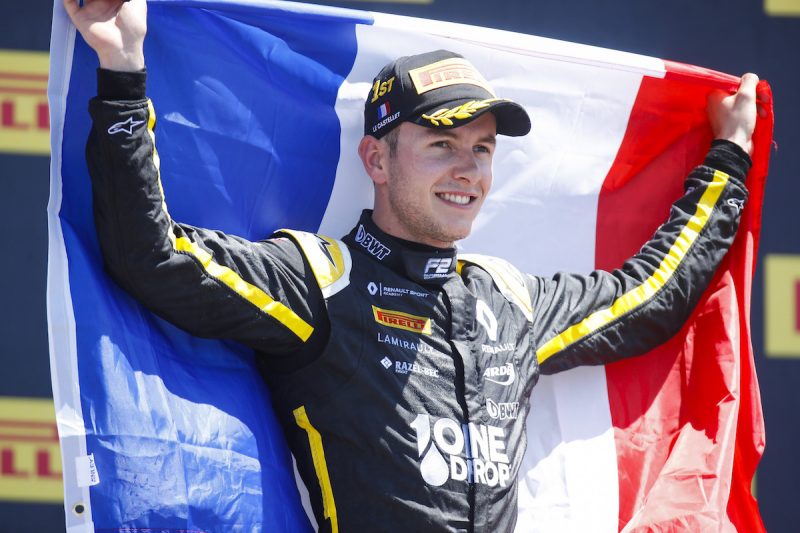 In Anthoine Hubert, motorsport has lost a young driver who was this season showing his greatest signs of potential yet, despite a set of results that look relatively unspectacular on paper for somebody who came into the year as a reigning champion. It?s potential that will now tragically never be realised.

Hubert was born in Lyon, a city best known in sporting terms for football, but he would be introduced to motorsport thanks to father Francois, who was a rally driver on an amateur level. While many of today?s young racing drivers list their idols as Senna, Schumacher or even Hamilton, Hubert?s was Sebastien Loeb.

While the greatest French motorsport champions of recent times have been in rallying, Hubert was part of a new wave of impressive talent in karting along with Esteban Ocon and Pierre Gasly, as well as Monaco?s Charles Leclerc. The four raced together from the start of their careers, and in 2008 Hubert placed second to Ocon in the French cadet championship, two places in front of Gasly.

Third in the CIK-FIA Under 18 World Championship in both 2011 and 2012 (when Leclerc was second), Hubert?s karting resume made him a favourite heading into his first season in single-seaters in French Formula 4, when he enjoyed the patronage of touring car legend Yvan Muller.

Having already begun the season with double wins at iconic French venues Le Mans and Pau, it was at Spa where Hubert would then enjoy his most successful weekend ever in a racing car, winning all three races, including one from 10th on the reversed-grid. On his way to the title, only in two of the seven rounds did he not win both of the main races in one weekend.

Following up on such early success in single-seaters can be difficult, and while Hubert’s?step up to Formula Renault was a logical one, the Eurocup of the time had a reputation as being incredibly tough for rookies. In a season dominated by Nyck de Vries, by then in his third year in the category, Hubert was 15th with a handful of finishes in the lower half of the top 10, but he was the leading full-season newcomer. 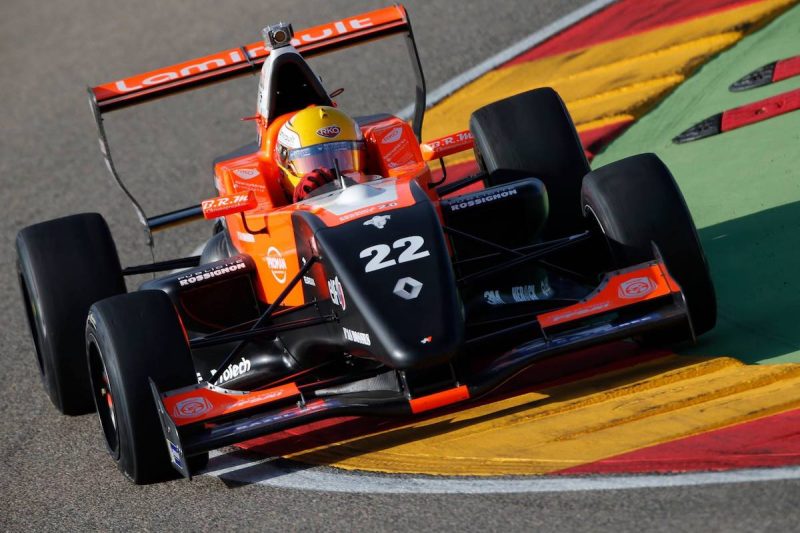 When he returned the following year, remaining with the Tech 1 Racing team, Hubert was part of a strong leading group of favourites from the beginning. September wins from pole at Silverstone and Le Mans were superb, but he was too inconsistent, even within those winning weekends. Fifth overall was respectable though – especially as the top three had an extra year of experience with the car – and enough to warrant a step up to Formula 3.

Hubert’s budget limitations were already hampering him however, and a switch to sportscars seemed on the cards before he secured a ride with Van Amersfoort Racing, but the late deal gave him very little testing compared to his rivals in what was another strong field. Given those circumstances, his early speed was encouraging, but results took a while to follow. The breakthrough came in the form of a win at the Norisring after leading from pole through three safety car restarts. It set him up for a strong second half of the season, where he was in the points in all but one race.

At the end of the 2016, things were looking more promising in terms of backing,? which would enable Hubert to land a prized ART Grand Prix seat in GP3. He was making the same step as new Mercedes recruit George Russell, but while Russell won the title, Hubert was only fourth in the points, very much fourth-best of the ART quartet, and the only one without a win to his name. As in F3 though, he was showing he could now be consistent, and was out of the points just twice.

He returned with ART the following season, with a new deal that affiliated to the Renault Sport Academy making it clear that others had confidence in his ability. Hubert didn?t necessarily start the season as the title favourite, having gained a pair of highly-rated team-mates in Callum Ilott and Jake Hughes, but he earned that status early on with some strong initial results. He rebounded perfectly from a shocking weekend at the Red Bull Ring, triggered by a qualifying error, to win just a few days later at Silverstone. 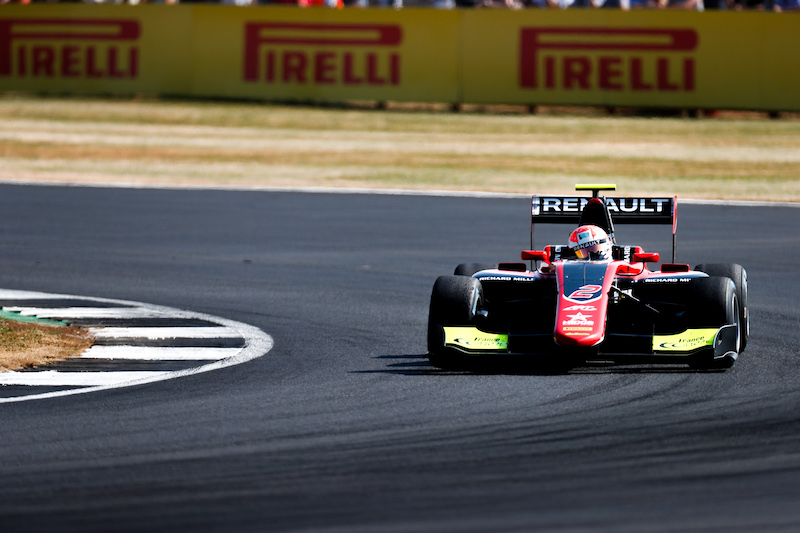 That would be his only win of the year ?on the road? (a Paul Ricard victory was inherited after scrutineering), but while Hubert was not especially fast over one lap last year, he was still the strongest qualifier on average, and he was outstanding in the races, both at managing his tyres and in making decisive but clean overtakes.

This was particularly rewarding in Sunday races from further back on the grid, enabling a run of five straight podiums reminiscent of Ocon’s consistency some three years earlier. His intelligent approach paid off, winning him the title and earning him comparisons with Alain Prost, a hero and now a mentor in his role with Renault.

Hubert was rewarded for winning the title by being given a full place on the Renault programme for a move up to Formula 2, but he was still limited on budget: certainly, the teams considered by most to be among the best were out of his financial reach. He ultimately joined Arden: an outfit with a famous history at that level, but one which had struggled to be competitive over recent years. It had struck up a new relationship with HWA, but that was always likely to take time to bear fruit.

Expectations were even lower after a very difficult pre-season, where Hubert placed 18th and 19th in the 20-car field across the two tests. But he was immediately impressive from the opening round in Bahrain, where he qualified 11th and produced an incredible drive to fourth in his first race without a working radio.

Further strong form in Baku and Barcelona was followed by a well-deserved sprint race win in Monaco where he soaked up race-long pressure from Louis Deletraz. A similarly special result would follow next time out on home soil at Paul Ricard, this time achieved after qualifying down in 15th. 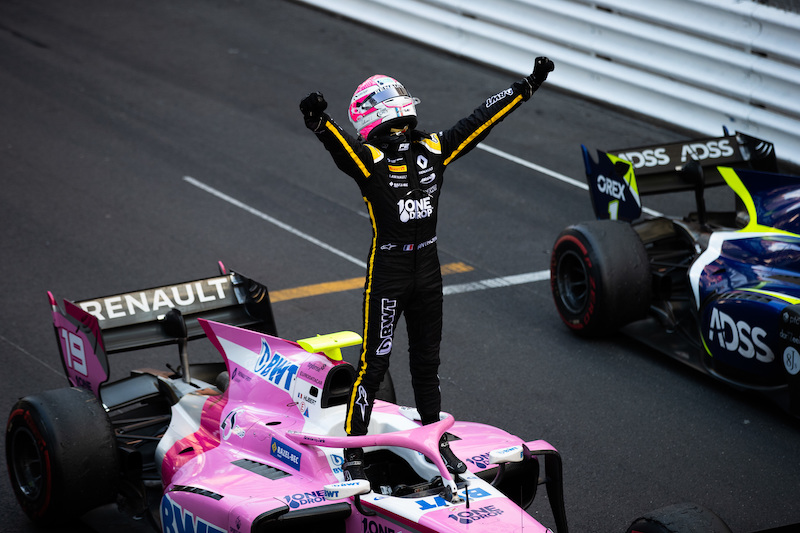 Austria, when he joined de Vries on the front row for the feature race, hinted at a turnaround in qualifying form, but Silverstone and the Hungaroring would prove tough, with no points scored. At Spa he was in the mid-pack once again, but you just knew he would be on a charge in the race on a track that encouraged it…

Whether things were going well or not, Hubert was always effortlessly polite and without the slightest hint of arrogance.?It was clear he was having a positive influence on Arden in and out of the car. Team manager Kenny Kirwan was glowing in his praise, describing him at Silverstone as the ‘main ingredient’ in its progress:?”His feedback?s very strong, his work ethic is extremely strong. He?s the kind of driver who?s always in early, stays late. He looks at every possible area. He pushes the mechanics, he pushes the engineers, and the management side, because it?s an important year for him.”

An important year it was, and Hubert was seemingly making a greater impression than ever, doing everything necessary to secure a potentially better opportunity for the future. Over the summer break, news surfaced of interest from top teams?for next season. Given how the F2 driver market is so usually dominated by money, it spoke volumes about the job he was doing that he was at the top of teams’ wishlists despite having little of it.

It would have been fascinating to see what Hubert could have achieved given such a chance, and a shame that we will never get to know. While he may never have been an absolute top-line F1 driver, he could have been proof that having the right attributes can at least get you there, regardless of financial clout.

While he may not have been regarded a prodigious talent on his climb through the single-seater ranks, he was becoming stronger with every passing season irrespective of the situation, refining a set of skills that were becoming more valuable and more visible with each step he took up the ladder.

And at a time when more and more is expected of drivers as soon as they reach F1, the bright, hard-working and humble Hubert could have been just what a team was looking for. 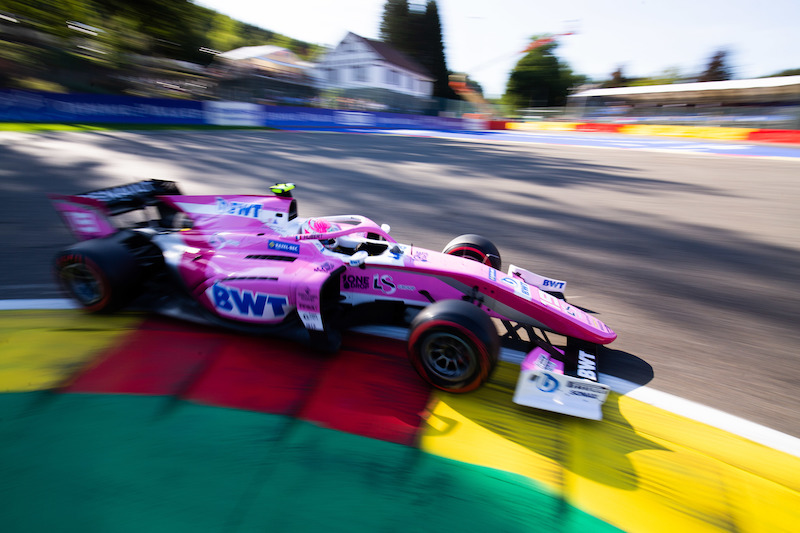