Last week we profiled Daniil Kvyat. This week it’s the turn of his even younger but potentially even more impressive compatriot Sergey Sirotkin, a winner in Auto GP at just 16…

Sergey is only two race weekends into his second full season of car racing, and yet he is already a race winner in the 550 bhp V8-powered Auto GP World Series. We were fortunate enough to interview him in February, at which point we were already aware of him, having come to our attention by winning the European Formula Abarth series just two months after turning 16.

Embarking on an ambitous dual-programme of Auto GP and Italian F3 this year, Sergey is not only learning fast, but he’s quickly catching the eye too.

Sergey began racing at the highest level of karting in 2008, finishing 11th in the CIK-FIA Asia-Pacific Championship in KF3, 12th in the WSK International Series and 19th at the Monaco Kart Cup. In 2009 he finished third in the CIK-FIA KF3 Viking Cup, open to drivers from Denmark, Norway, Sweden, Finland and Russia. In 2010 he moved up to the KF2 class, finishing fourth in the Viking Cup.

After turning 15, Sergey contested the final three rounds of the 2010 Formula Abarth season with Jenzer Motorsport, at Vallelunga, Mugello and Monza. He finished each of his six races between the positions of eighth and 13th, in fields of around 30 cars.

He remained with Jenzer for the start of the 2011 campaign, which was split into European and Italian classifications, with seven of the year’s ten rounds counting to each series. Sergey claimed his maiden win in the series at the second race weekend in Valencia. 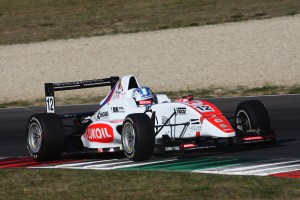 He made the switch to the Euronova team at the midpoint of the season, and racked up further race wins at Spa, Spielberg, Monza and Catalunya. All of those counted towards the European classification, which Sergey won with a staggering record of ten podium finishes from the 14 races.

With only two of those five wins counting towards the Italian championship, he finished as the runner-up to Patric Niederhauser.

Sergey’s 2012 season began at the Auto GP World Series season opener in Monza. Despite the huge step up in power from Formula Abarth, he qualified on the front row for his first race. Unfortunately he stalled the car, and as a result could only finish 14th – although he did pick up a point for fastest lap. Race two saw him charge through the field to finish in fourth, just shy of the podium.

Round two at Valencia, and he once again qualified in second place. This time he got a good start – good enough to lead into the first corner. He stormed off into the distance to earn his first win in the category. In Race two he finished third after starting eighth. He is third in the points with five more rounds to go.

He was busy at Valencia, with it also being the opening round of the Italian Formula 3 Championship. He finshed his first race in fourth place – the best of the Formula 3 debutants. In Race 2 he lost a couple of places to cross the line in sixth. He began race three third on the grid behind former Abarth rivals Niederhauser and Gerard Barrabeig. Sergey got past the latter to finish in second place, a result that secured him fourth place in the standings after the first of eight rounds. 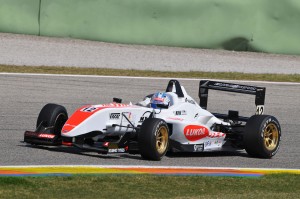 Talent rating: Sergey’s results in karting didn’t look particularly amazing, but the start to his single-seater career has been nothing short of phenomenal. His performances in his first full season last year were highly impressive against more experienced drivers, and this year he has adapted with complete ease to the demands of more powerful machinery. We’ll need to wait until he takes on a properly competitive championship before we can gauge the full scale of his talent. 9/10

Chances of getting to F1: Sergey enjoys the backing of Lukoil, Russia’s second largest oil company, and one with a large commitment to racing, in particular backing young Russian drivers. It’s never carried a driver to F1, but Sergey’s talent could change all that. But if he keeps up his current level of performance he won’t be needing any financial support at all to secure an F1 seat. A move to GP2 or FR3.5 would be likely next year, and how well he does there will determine his chances.? 9/10 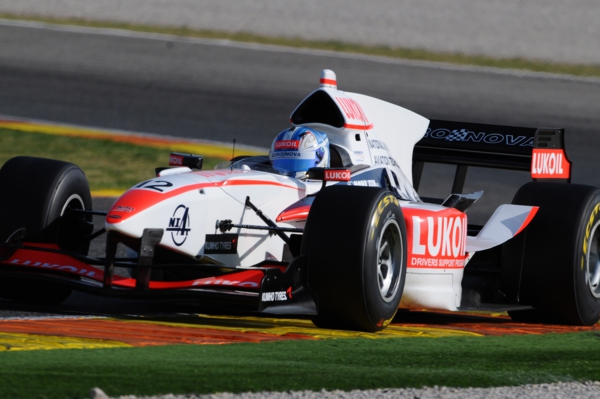