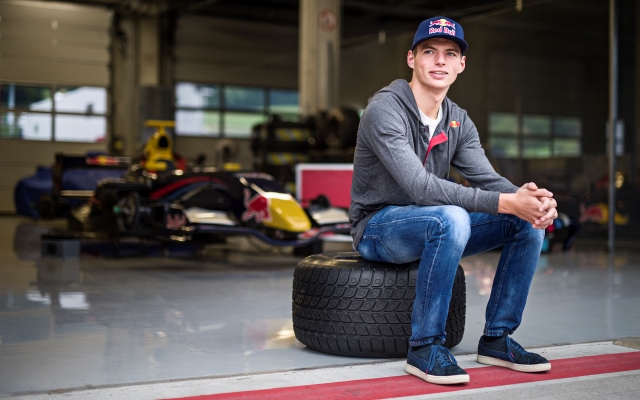 It was earlier announced that Max Verstappen has chosen to join the Red Bull Junior Team, having been courted by a number of Formula 1 teams off the back of his impressive rookie car racing season in the FIA F3 European Championship.

Here, PaddockScout looks at the implications of the deal.

There’s no doubt that Verstappen is ready for a step up to either GP2 or Formula Renault 3.5 for 2015. Another year in F3 would only be a test of how dominant he could be, given that he’s set to finish runner-up at the first attempt in a team that were not previously frontrunners. Traditionally, Red Bull have preferred to place drivers in FR3.5. Usually this is a good thing – it’s a series where talent shines through first and foremost and within two years, Red Bull drivers are ready to make the F1 step.

But is that the best thing for Verstappen? Depending on the competition and his team choice, he could be good enough to win in FR3.5 at the first attempt. He will likely have the speed, and that may be enough. But look at his 2014 season so far, and it’s clear that he’s not actually getting the best possible results out of his ability. What he needs before he gets to F1 is to learn how to do that. GP2 punishes drivers who are not consistent, get involved in incidents or generally not mature enough. Verstappen needs a proper test, and GP2 would provide it. It isn’t necessarily better than FR3.5, as it has its faults, but it is definitely harder for rookies.

There was a rumour that Helmut Marko was offering an immediate graduation to F1 in an attempt to prize him away from Mercedes. He’s been immediately fast in every single-seater he’s driven in the past 12 months, and there’s no reason to assume that F1 would be any different. Even at 17, he would probably be on the pace. He’s been at least as quick as Daniil Kvyat was in F3 last year. But he would go into F1 as a driver who isn’t necessarily performing at the best of his ability every weekend. And that’s an unnecessary risk to take.

Arguably, jumping up to F1 so early into one’s career doesn’t work out in the long term. Take Jenson Button and Kimi Raikkonen, who moved up to F1 with two and one full seasons of car racing behind them. They were immediately on the pace in their rookie seasons. But if they were that good, why did they only win one world title each? Did they reach their ultimate potential? Could longer junior single-seater careers have made them better drivers? 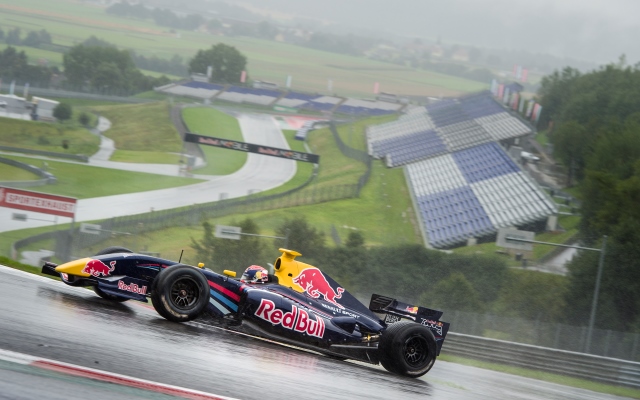 …For his F1 career

Red Bull provides Verstappen with a certain amount of security. There’s a lot of competition in the scheme, but as long as Verstappen is good enough, he will get an F1 opportunity and when he is good enough he will move up to the senior team. If at some point along the way, he wishes to sign for another team, he can, but no other team offers that immediate security.

With Mercedes, he could have ended up with one of their customer F1 teams but it would not have been so guaranteed that he would get a promotion to the factory team. Also, Red Bull certainly know what they’re doing now when it comes to developing drivers – more than any other team.

If he’s confident he can beat the opposition (and he will be), then in many ways, Red Bull does represent the best option for Verstappen. But perhaps he should challenge them to give him a real test on the way up, rather than just taking the quickest possible route.

…For other Red Bull drivers

There was already a serious talent logjam at Red Bull. Despite thinning out the Junior Team in recent years, much of the talent they have signed has made it all the way. They have Sebastian Vettel, Daniel Ricciardo, Jean-Eric Vergne and Daniil Kvyat in their four F1 seats, and then have Carlos Sainz, Pierre Gasly and Alex Lynn all performing just below F1.

Verstappen is now a serious threat to many of these. He might jump some of those existing Junior Team drivers, particularly if certain promises have had to be made in order to attract his signature. And Vergne’s future now looks even more uncertain than before, despite coming so close to matching 2014 star Ricciardo in their time together at Toro Rosso.

Even though all these drivers are good enough to race in F1, there ultimately isn’t going to be space for all seven of them in Red Bull-funded seats, even if Vettel moving elsewhere seems likely in the coming years. Therefore, some of them would be wise to go it alone – particularly somebody like Lynn who has the personal funding to do so. They should also all be good enough to tempt other teams – Vergne included. 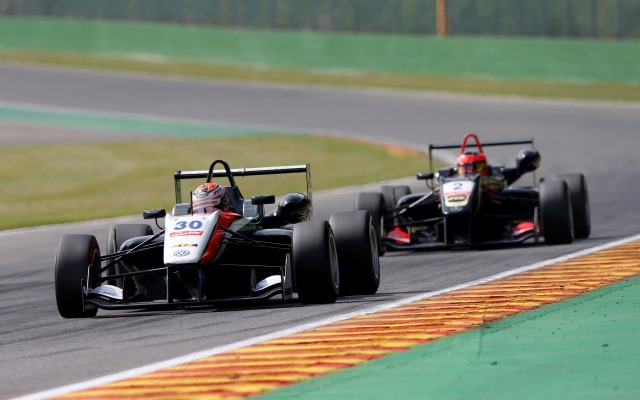 Mercedes missed out on Verstappen, but could get hold of Ocon (Photo: FIA F3 European Championship)

Verstappen was a big opportunity for Mercedes for use their 2014 Formula 1 form to get their hands on the hottest unsigned talent out there, and show you don’t need a massive roster of young drivers. Having now lost out on Verstappen – and to the team that Mercedes no doubts sees as it’s biggest rival in the short and long term – they should act to sign up an alternative. Otherwise, they could find that in the future, they have spent money on building the quickest car, but are beaten because Red Bull has the best drivers.

Both Nico Rosberg and Lewis Hamilton are only 29 and at their peak, and there’s also Valtteri Bottas available and managed by Toto Wolff. But since they can’t provide Bottas with an immediate opportunity, there’s a chance they could lose him to the opposition. Mercedes need some younger, longer-term options. To always rely on just signing existing F1 drivers is an unnecessary risk to take when Red Bull, Ferrari and McLaren are all investing in formal young driver programmes.

As PaddockScout had already previously suggested, Esteban Ocon would be an obvious acquisition for Mercedes. Getting the signature of the only man who is beating Verstappen this year would be the perfect response. Ocon’s management by Gravity means that he’s part of the Lotus F1 Team’s junior setup, but it will be in his management’s interest to accept bigger offers. He’s already a Mercedes factory driver in F3 this year, and there’s an engine partnership between Mercedes and the Lotus team on the horizon. Mercedes can sign him up, allow him to move into F1 with Lotus in the next two years and then promote him to the factory team when he’s ready.