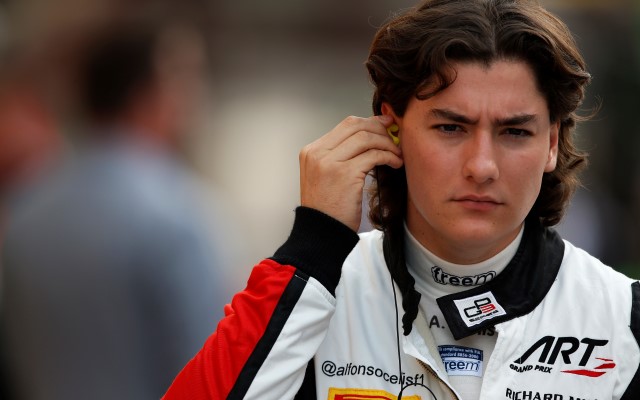 Alfonso Celis has completed a deal with the Force India Formula 1 team to be a development driver, and will drive its 2015 car in Abu Dhabi before the end of the year.

The Mexican driver has undertaken a dual programme in junior single-seaters this year, finishing 16th in Formula Renault 3.5 and sitting 13th in the GP3 standings with two rounds remaining.

He has already re-signed with AVF to race in the renamed F3.5V8 series again next year.

He will drive the VJM08 alongside Nico Hulkenberg at the end-of-season test that will be held in Abu Dhabi.

Force India also says Celis will do seven practice sessions at grands prix next year, but it’s uncertain whether this will be permitted within the FIA’s new superlicence points system.

?Ever since I started racing I?ve been dreaming of Formula 1, so it?s a huge honour to begin working with Force India,” said the 19-year-old.

“It?s an amazing opportunity for me to learn about Formula 1 and to work closely with the engineers and race drivers.

“Being on the track in Abu Dhabi will be an incredible feeling. It?s going to be the biggest moment in my career and I am fully focussed on doing a good job for the team.”

Celis did the Formula BMW Talent Cup in 2012 and raced in Formula Renault 2.0 and selected Formula 3 events in 2013 before moving on to GP3.