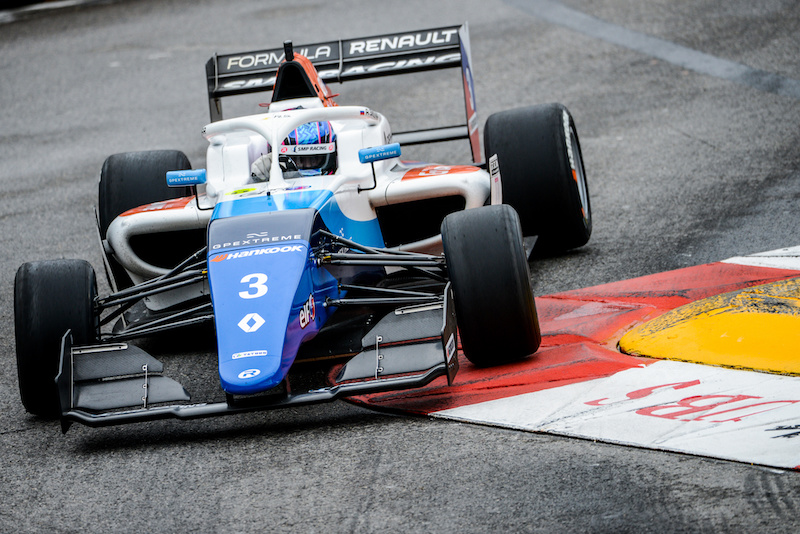 Smolyar led from start to finish, maintaining a lead of roughly a second to race one winner Martins until a safety car was brought out 10 minutes before the chequered flag.

When the race restarted with four minutes left on the clock, Martins stayed close to Smolyar but couldn?t find a way past. He took second, 0.8s behind the race leader, moving into the championship lead.

As in race one, Oscar Piastri spent most of the race stuck in a train of drivers behind Joao Vieira. Vieira was kept under pressure from Piastri and team-mate Caio Collet throughout the race, and fell back to 24s behind Martins as he focused on defence, but maintained his position.

The safety car put Vieira back on the tail of Martins, but he quickly fell back again, finishing more than eight seconds behind.

Collet took fourth, ahead of Piastri, who drops from first to third in the championship standings after a difficult weekend.

Sebastian Fernandez was the cause of the safety car, having come to a stop with a suspected mechanical issues after the first corner, but he wasn?t the only retirement.

Lucas Alecco Roy had been battling for P14 in the early stages of the race when he lost the rear of his car and hit the guard rail at Massenet. Petr Ptacek also retired a few laps later.

Xavier Lloveras took sixth, ahead of Lorenzo Colombo, who passed Leonardo Lorandi late in the race.

Callan O?Keeffe and Patrik Pasma rounded out the top 10.