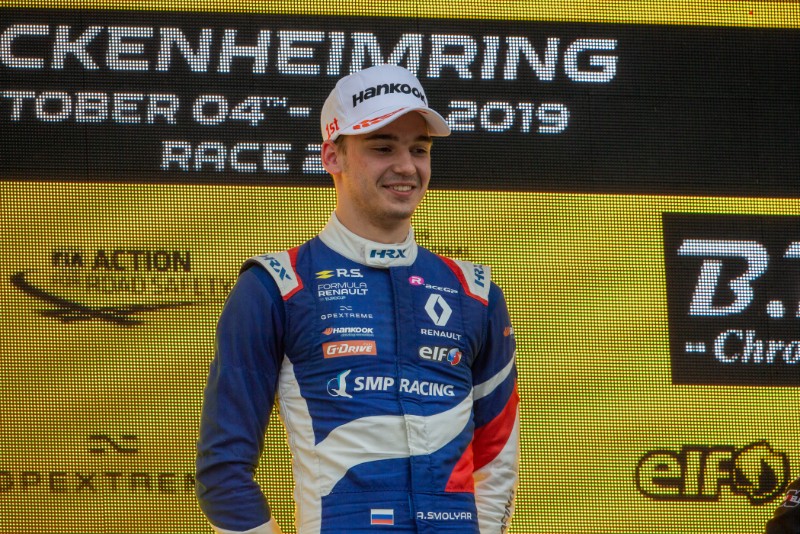 The 18-year-old Russian finished third in the Eurocup this year, winning three races for R-ace GP in his second season.

He joined Sauber Junior Team by Charouz for one day of the post-season FIA F3 test at Valencia Ricardo Tormo, and impressed by going third fastest by series regulars Christian Lundgaard and Sebastian Fernandez, both driving for ART.

?I am very happy that I will take part in the FIA Formula 3 Championship with the well-known and experienced ART Grand Prix team,” said Smolyar.

“This championship will be a big challenge for me. I think for the first time in my life I will encounter a serious level of competition.”

Smolyar’s car racing career began two years ago in Formula 4, finishing in the top three in the standings in the North European Zone and Spanish championships.

“I will try to meet the expectations that SMP Racing and ART Grand Prix have put on me.

“I?m sure that with their support and help it will be easier for me to adapt to the new championship, and I?m already looking forward to the start of pre-season testing in March.”

ART won once in the inaugural FIA F3 season this year, although Lundgaard did finish the first ever race at Barcelona as winner for the team before a penalty dropped him to third.

The team took two other podiums with Max Fewtrell, and Lundgaard claimed pole at the Hungaroring and Monza.

?Alexander has been on ART Grand Prix?s radar since his remarkable debut in single-seaters,” ART’s CEO Sebastien Philippe said.

“He is still young, he only has three years of single-seaters under his belt but he has the maturity to manage a championship and the pressure of a race weekend, where the slightest error is paid for in cash.

“He is part of a thriving Russian industry and he impressed ART GP with his skills and character.

“He is one of those drivers with whom we know we will have all the tools to do a good job, starting from the first race in 2020?.