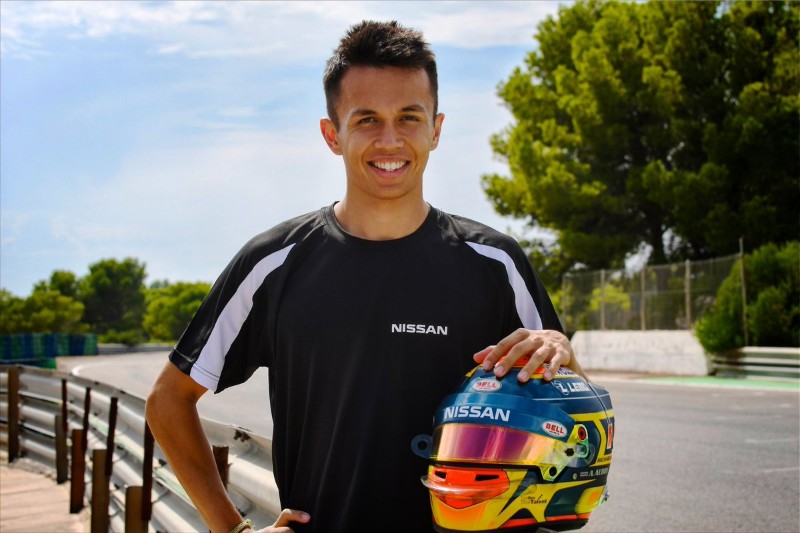 Albon’s maiden F2 season was interrupted by a collarbone injury, but he was able to finish 10th in the standings, with two podiums to his name. He switched to DAMS, initially on a race-by-race basis, for his second year in the championship.

He currently lies third in the points, with three race wins and three pole positions. His season has been blighted with bad luck, including being hit out of the lead of the Monaco feature race while entering the pits, which has prevented him from getting on terms with rivals George Russell and Lando Norris.

Nissan is taking over Renault’s FE entry, which won the teams’ title for the first three seasons. Albon got his first taste of FE machinery when he tested Renault’s first generation car at the Marrakesh rookie test earlier this year. For the 2018-19 season, a second generation of the FE car will be raced.

?The level of competition in the series is intense, and I?m looking forward to testing myself against some of the best drivers in the world,? Albon said.

?Electric street racing will be a new challenge for me, but working with Sebastien as my teammate will be a huge help, as he has set the benchmark for performance in the series.?

Both Albon and team-mate Buemi were connected to one of the vacant Toro Rosso seats in Formula 1 for 2019, but the commitment to Formula E has ruled out the move for both of them.

“We know Alex well from his performances with DAMS in Formula 2, and we?re excited to bring his talent into the Formula E championship,” Jean-Paul Driot, e.dams team principal said.

Fellow F2 race winners Nyck de Vries and?Maximilian Gunther are also believed to be in talks to join Albon on the grid, having also participated in January’s?rookie Formula E test. de Vries has tested with