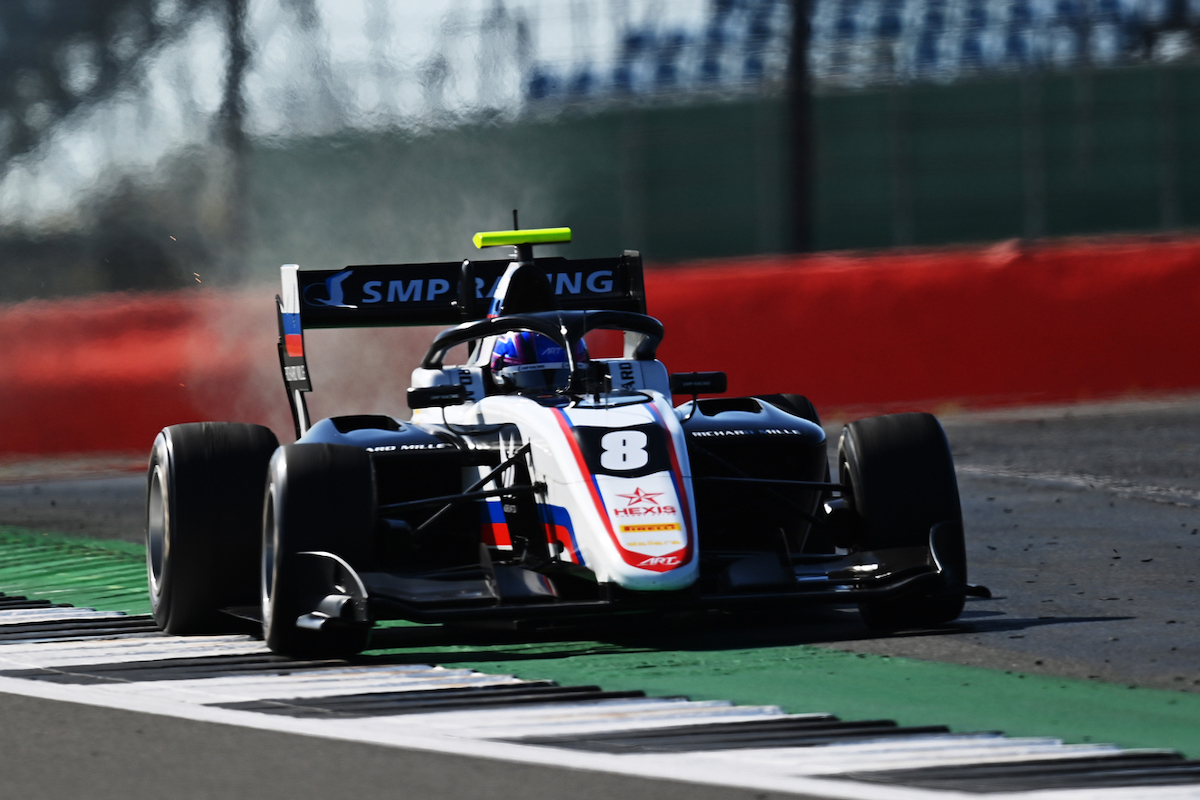 Alexander Smolyar will spend a second season with ART Grand Prix in the FIA Formula 3 Championship this year.

Smolyar, an SMP Racing protege, finished 11th in the 2020 standings following his step up from the Formula Renault Eurocup.

He claimed pole position at the Hungaroring, only to be taken out of the race at the first corner, and went on to take the chequered flag in a reversed-grid race at Silverstone before receiving a penalty for excessive weaving to defend his position. He did seal a maiden podium by finishing third in race two at Monza, and scored points in 10 of the 18 races.

“I’m glad to continue working with a team of such a high level as ART Grand Prix,” he said.

“We have already gotten to know each other well and the atmosphere in the team will be pleasant and familiar for me. This is one of the best teams in the championship, so we have a chance for some good results.

“My goal for this season is to win, of course. There can be no other goal in such a team. Also, I’ve already got the experience, so that means a lot. Last year I tried a lot of new things for myself. Now I can focus on some more important moments. I would like to thank SMP Racing and ART Grand Prix for their trust and support. I will try to do my best and achieve our goals.”

Smolyar is the first driver confirmed for ART’s 2021 FIA F3 line-up. The team, which was dominant in the GP3 era, ran Theo Pourchaire to the championship runner-up position last season.

“Alex made a good start in his inaugural F3 season which raised our hopes, but several retirements in the early races slowed his momentum,” said team boss Sebastien Philippe.

“His driving qualities are solid and he has made great personal and technical progress. He ended the year with a series of very good results in an ultra-competitive championship where it is easy to doubt and to lose your marks.

“With his new confidence and conviction of his talent, Alex should be able to join the fight for the title in 2021.”