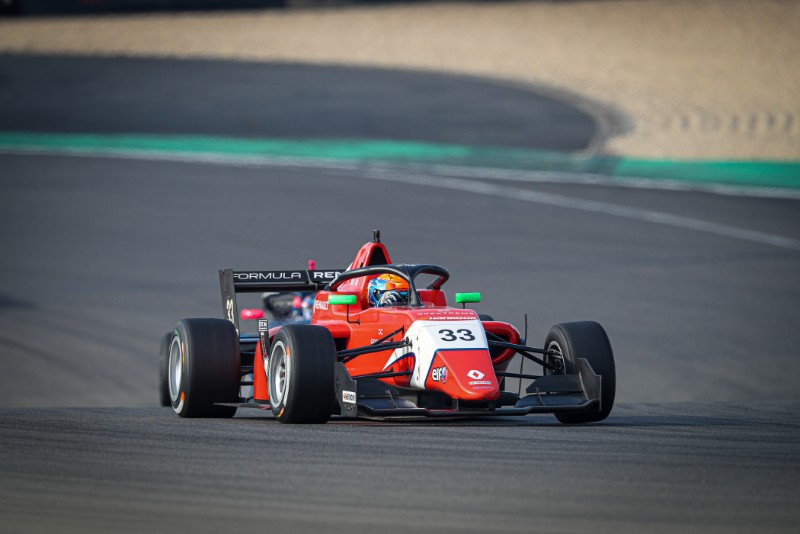 Alex Quinn is looking to match the podium finish from his Formula Renault Eurocup debut, and single-seater return, at the Hungaroring this weekend.

Quinn replaced Sebastian Fernandez in Arden’s line-up at the Nurburgring, and will substitute for the FIA Formula 3 Championship-focused driver at the Hungaroring and Barcelona.

“Free practice went well [at the Nurburgring] but we were never right at the front,” Quinn told Formula Scout.

“We kind of didn’t get the good lap in in practice, and when I finished the first qualifying in fourth I was quite surprised. From there, it just got better and better.

“But I haven’t got any pressure at all. I’m just here to do my best and show people what I can do.”

“I’ve been coaching for Arden in the F4 all year, and I’m very closely linked with them since I drove for them in F4. A really good relationship, and Fernandez not doing [Eurocup] left me in a good spot to take his drive.

“It’s a really really nice car to drive, it’s physically really challenging. Jumping straight in it without testing, I’d not been able to build up the muscles this car needs.”

After taking a win in its debut season with Dan Ticktum, Arden has been an inconsistent scorer in the Eurocup until this summer. Fernandez finished third despite a stall at Spa-Francorchamps, and both Patrik Pasma and Quinn made the podium at the Nurburgring.

“Arden’s a really good team, and they’ve always been up the front. The [Eurocup] results haven’t really shown how good they are. It’s only recently that it’s started coming together.”

Quinn qualified and finished fourth for his first race, then converted a front row start into a second place finish in race two.

The Eurocup’s Blancpain GT Series support slot has enabled Quinn to meet GT teams while filling in for Fernandez.

“No plans at all [post-Barcelona], which is why I want to do as best as I can. Hopefully the results speak for themselves and then things will fall into place to get a seat for 2020.

“I’m aiming for GTs because that’s the kind of career path I want to take. With single-seaters, I really enjoy driving them – but in terms of a career it’s very difficult to make F1. Whereas if I can provide good links with GT teams, it’s not easier, but a lot more likely to happen.