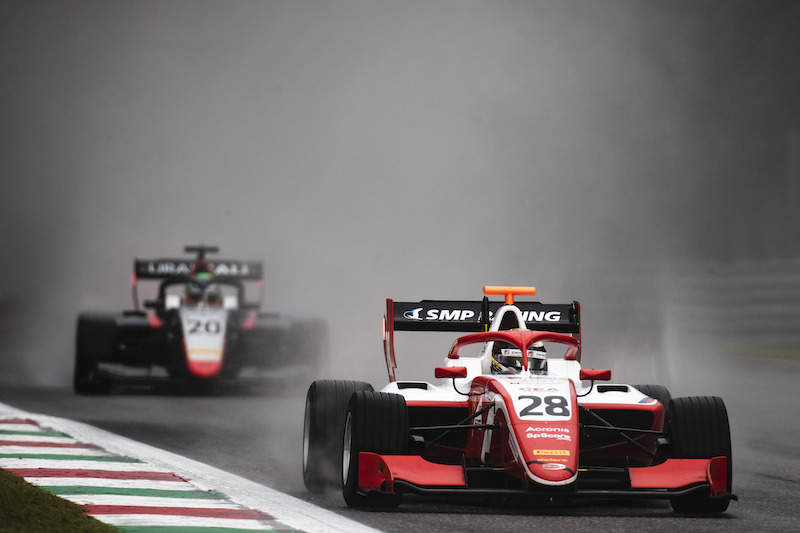 FIA Formula 3 leader Robert Shwartzman was fastest in a disrupted practice session at Monza, ending the session a tenth ahead of Prema team-mate Marcus Armstrong.

Shwartzman set the pace early on in the session to set a best time of 1m42.587, before Andreas Estner crashed into the barriers at Ascari at the halfway stage.

Although the Jenzer Motorsport driver was able to return his car to the pits, the session had to be red-flagged while repairs were carried out on the circuit.

Upon returning to the pits, it was established that Estner had sustained too much damage to his car and did not take any further part in the session.

With the teams getting ready for the re-start, the rain began to fall, and as it got heavier as the session went on, nobody at the top of the timesheet were able to better their time.

Armstrong’s best time of a 1m42.780 secured him second with Pedro Piquet third fastest for Trident.

Prema driver Jehan Daruvala set a time of 1m42.939 to go fourth, ahead of Teppei Natori and Niko Kari.

Alex Peroni was half a second behind Kari with a time of 1m 43.683 with Richard Verschoor, Felipe Drugovich and Liam Lawson rounding out the top ten.