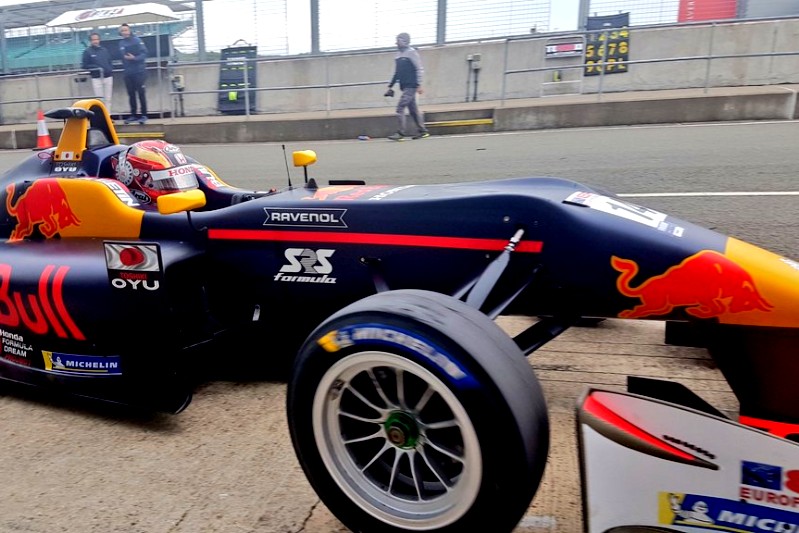 The Japanese driver, driving in place of Red Bull junior Yuki Tsunoda at Motopark, was one of several championship debutants in the field and one of the only ones never to have driven at the British Grand Prix venue.

For much of the session, it was the BRDC British Formula 3-experienced drivers that set the pace, with Carlin’s Nicolai Kjaergaard first to hit the front.

During their second runs, Ahmed and Lundqvist swapped top spot until the closing minutes when Oyu leapt ahead. The Japanese F3 racer then improved on his time, only having had advantage up front shrank to 0.132 seconds by a last-minute lap from Kjaergaard.

Kjaergaard, Ahmed and Lundqvist were covered by a similar margin to that between the top two, with Carlin’s Christian Hahn and Billy Monger completing the top six.

Some distance behind them were Motopark’s Cameron Das and the debuting Dennis Hauger, neither whom featured heavily in the session, and Fortec Motorsports duo Calan Williams and Manuel Maldonado.

The latter pair looked to have the pace to fight at the front early in the session, but sank down the order in the final minutes.

Niklas Krutten, replacing Julian Hanses at Motopark for the rest of the year, beat the sole Teo Martin Motorsport car of Lukas Dunner to 11th. Dunner, Sato’s closest rival in the standings, is without his usual team-mate Aldo Festante for one weekend.