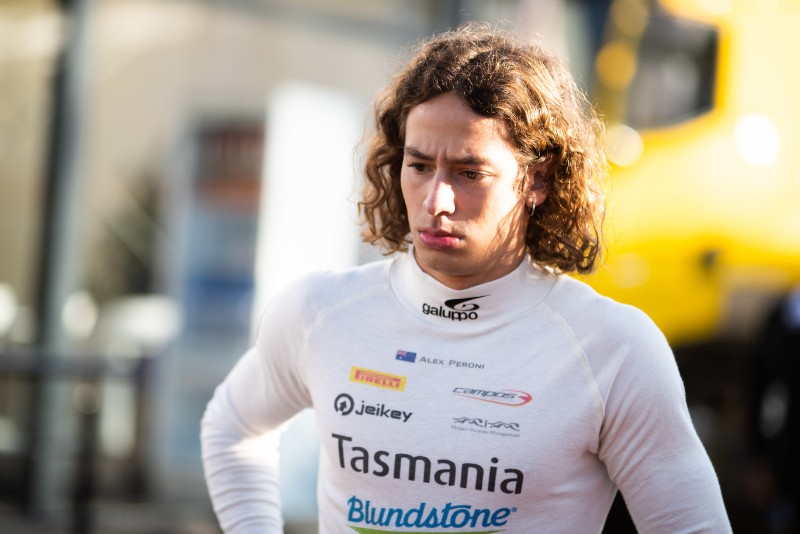 Alex Peroni has been released from hospital following his massive crash in the opening FIA Formula 3 Championship race at Monza last weekend.

The Campos driver went wide at the Parabolica and hit a sausage kerb, sending him airborne, before landing upside down on the barriers.

Although Peroni was seen walking away from the accident at the time, it transpired he had suffered a fractured vertebra, and was admitted to hospital for treatment.

It has been confirmed that the 19-year-old has undergone further scans in the San Gerardo hospital and has been released without the need for any spinal surgery, but he must wear a back brace for the next 30 days, which means he will miss the F3 season finale in Sochi later this month.

Peroni had previously announced that he would be racing at the non-championship Macau Grand Prix in November, however, due to the injuries he has sustained, this may now be in doubt.

“While Alex is in good spirits and keen to resume racing as soon as possible, the first priority is his full recovery which will necessarily take time.” commented Peroni’s manager, David Quinn.

“Therefore everyone, including Alex, needs to be patient.

?Alex can be proud of his achievements to date. Despite this setback he has the potential to follow in the wheel tracks of Daniel Ricciardo as Australia?s next Formula 1 star.”

The 19-year-old will now return to his home state Tasmania for recovery, while he and his management team begin looking at securing him a drive to remain in FIA F3 for the 2020 season.

Peroni currently sits 20th in the standings, having scored a best result of eighth in the third race of the season at Paul Ricard.