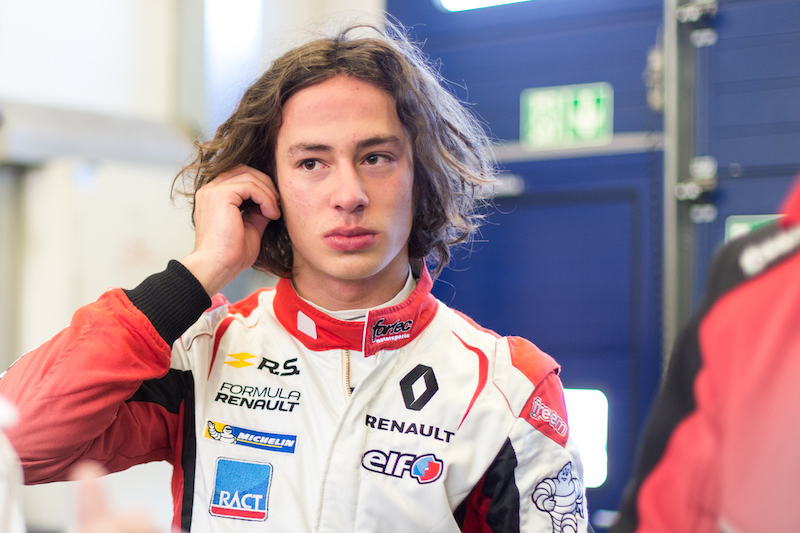 Formula Renault Eurocup newcomer Alex Peroni beat the favourites to claim pole position for the second race on the streets of Pau.

The Fortec driver’s time of 1m12.842s would go unbeaten in a second segment that included Will Palmer, Max Defourny and Sacha Fenestraz.

Their hopes were perhaps hindered by a red flag with five minutes remaining after Dan Ticktum crashed into the outside barriers at Parc Beaumont.

At the time, Palmer was on top with a 1m13.093 and Fenestraz twice lowered the benchmark after the restart before Palmer briefly claimed it back at the chequered flag.

Fenestraz, a double race-winner in Pau in French Formula 4, snatched?top spot back with his final effort, but it fell 59?thousandths of a second short of Peroni’s time.

Championship rivals and R-ace GP team-mates Palmer and Shwartzman – who are separated by just two points at the top of the standings – will share the second row of the grid.

Lead rookie Max Fewtrell will start from fifth with Defourny alongside, with race one podium sitter Gabriel Aubry to head up row four with Richard Verschoor next to him.

Ticktum had his best time deleted for causing the red flag but remained fifth in the second group, putting him next to Alexander Vartanyan at the back of the top 10.