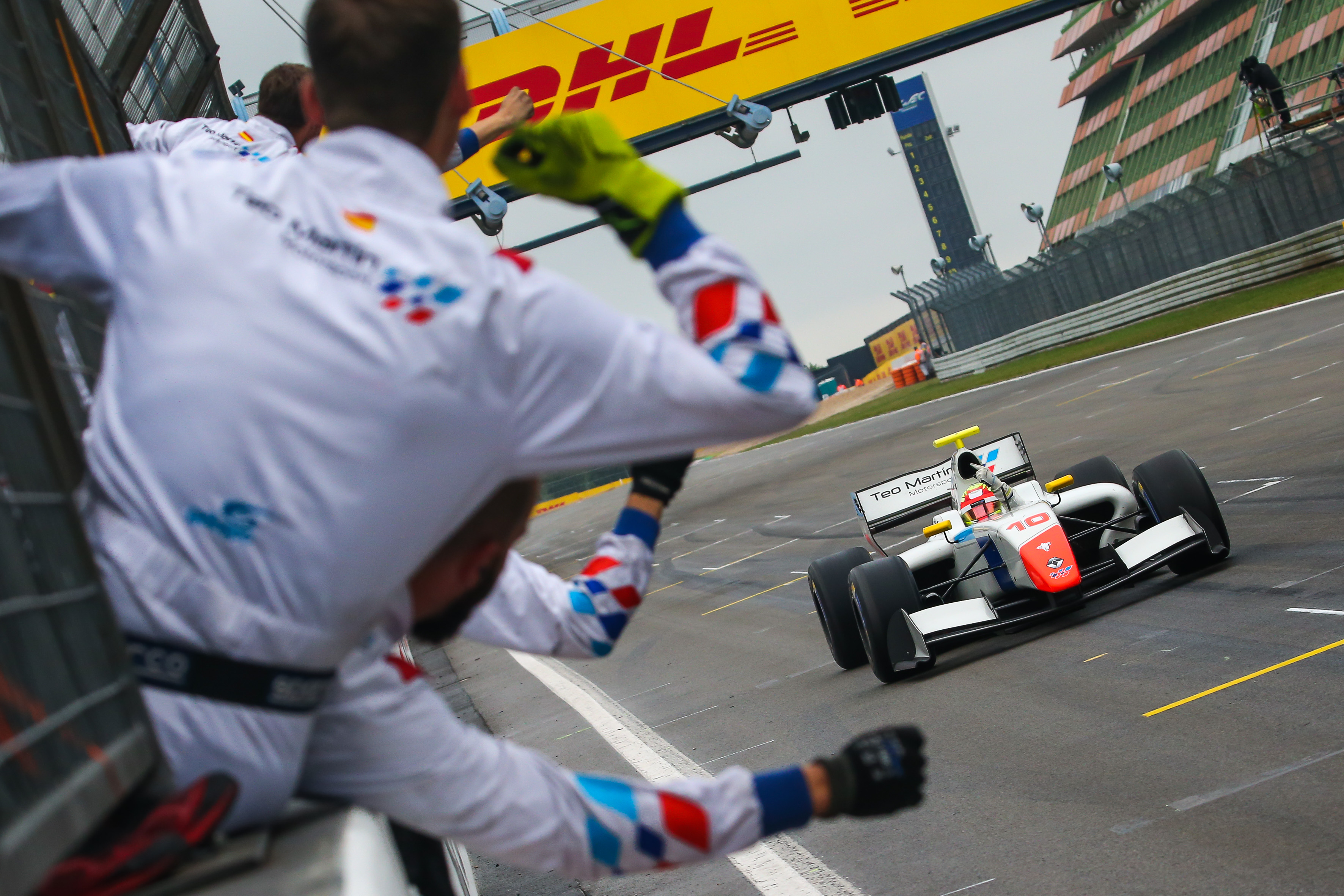 Alex Palou took a World Series Formula V8 3.5 victory on his debut weekend in difficult conditions at the Nurburgring.

Palou, drafted in to replace Nelson Mason at Teo Martin Motorsport, started on pole, but a wet track meant the race would start behind the safety car. The rookie controlled the actual start of the race and another safety car restart after Giussepe Cipriani spun.

He was still leading when he took his mandatory stop, but Matevos Isaakyan was able to jump Palou in the pits. The rookie took second, but a mistake from Isaakyan allowed Palou to retake the lead of the race.

From that point on, there was no catching the Teo Martin driver. Palou consistently set fastest laps and finished more than nine seconds ahead of Isaakyan. Isaakyan?s second place finish was enough to put him back in the lead of the championship, five points ahead of Pietro Fittipaldi.

Konstantin Tereschenko enjoyed a strong race. After the pit stops, he was running third having started 10th on the grid. The mistake that allowed Palou to retake the race led also allowed Tereschenko into second.

He wasn?t able to break away from Isaakyan but he took the chequered flag second, only to be dropped down to fourth with a 10 second penalty for crossing the line at the pit exit.
Egor Orudzhev took third, enough to move him to third in the championship standings.

Roy Nissany, who had been battling with Orudzhev early in the race, fell behind Diego Menchaca in the pit stops. He was able to retake fifth, but spent the second stint defending from Fittipaldi. Fittipaldi couldn?t find a way past and took sixth.

Menchaca spun just after Fittipaldi passed him for sixth, dropping to the back of the order. He continued running but almost span again on the final lap, hitting the barrier as he tried to correct the mistake.

Yu Kanamaru took eighth ahead of Alfonso Celis, who spun at the start of the race. Rene Binder took ninth and was the last of the finishers.