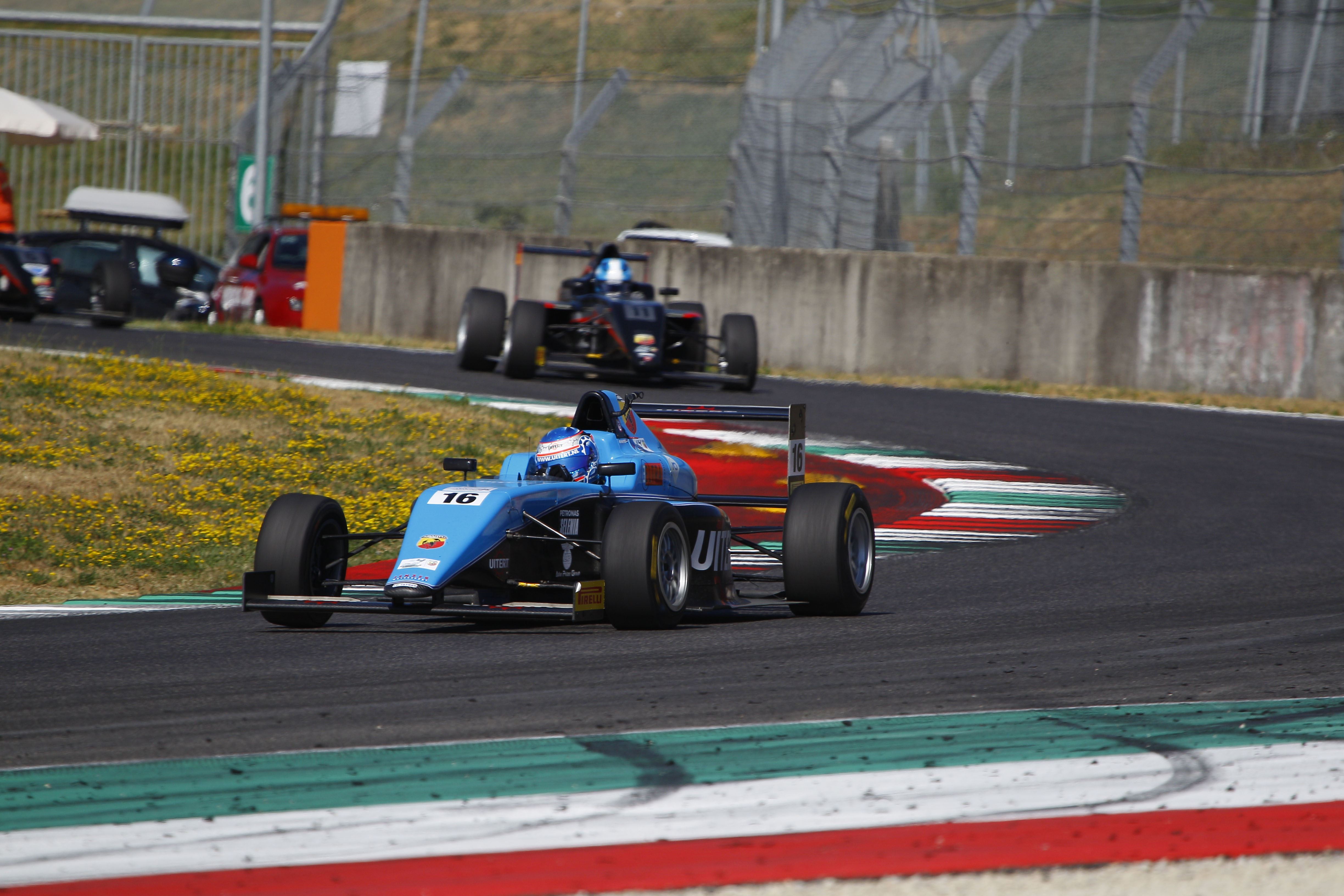 Jenzer?s Job van Uitert surged through from fifth on the grid to win the final Italian Formula 4 race of the weekend at Mugello in a race that was restarted before it really got going.

At the lights ninth place starter Kush Maini stalled, and was rear-ended by 19th placed qualifier Mickael Grosso. This led to the race immediately being red flagged but not before van Uitert had had a crack at the the three Bhaitech drivers ahead of him at Turn 1.

His round the outside move worked, and so on the restart he attempted it again, moving up to third in style.

The top four of Juri Vips, Leonardo Lorandi, van Uitert and Lorenzo Columbo then pulled away, and it took several laps before Vips could start to shake his pursuers off.

On lap 6 van Uitert repeated his lap 1 move for second place, and once through he started to hunt down Vips.

It only took three laps for the Dutchman to reach and pass the leader, and over the remaining seven laps he pulled away at a second per lap to take a well deserved win.

Once passed Vips seemed to lose pace, and he was drawn in by Colombo who couldn?t quite make it past.

Colombo had benefitted earlier on from a slide by team-mate Fernandez, who then spent the rest of his race defending from his other team-mate Lorandi.

Prema?s other driver Juan Manuel Correa was the victim of an overambitious rival, but with a front wing change was one of the fastest men on track, albeit down in 18th.