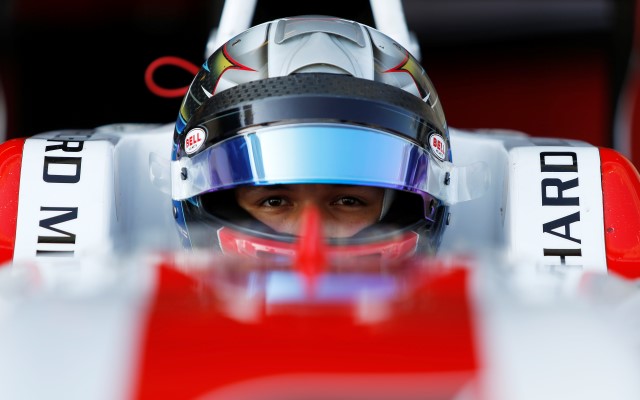 Alex Albon has switched to GP3 for 2016, clinching a seat with ART Grand Prix.

At the end of the 2015 he did two days in the GP3 post-season test in Abu Dhabi with ART, and has now finalised a race seat with the team.

“Last year, ART Grand Prix had a stunning season winning both titles and it was clear to me that this was the best place to go,” said the 19-year-old.

“My test in Abu Dhabi wasn?t bad at all but the car is very different to the one I raced last season. The GP3 car is like a beast in the corners and you have to tame it. I will also have to come to grips with the tyres and that?s quite an exciting challenge in itself.

“I don?t have any real objectives ahead of the new season. I will have to adapt to the new environment and I hope to do the best possible job so that I might be able to climb onto the podium in the second half of the season and maybe get a few wins, why not?”

Team manager Sebastien Philippe said: “Last year Alexander showed he had talent when it came to fighting his way up through the pack when he raced in the European F3 championship and this is a quality that will serve him well in GP3.

“He will be a valuable asset for ART Grand Prix as we aim to retain both titles secured in 2015.”

Albon is the third GP3 driver confirmed by ART alongside Nyck de Vries and Nirei Fukuzumi, with Charles Leclerc poised to complete the line-up once his move into the Ferrari Driver Academy is made official.