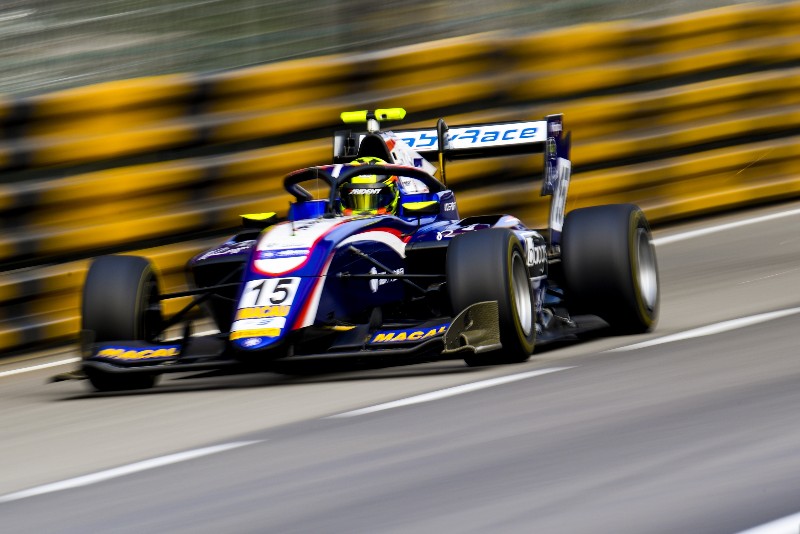 Former Formula 2 driver Alessio Lorandi has described his return to car racing at the Macau Grand Prix as “awesome” after a year on the sidelines plagued by injury.

He won the Pau Grand Prix with Carlin in 2016, and was a GP3 race-winner with Jenzer Motorsport a season later. Last year, he split his time between GP3 and F2 with Trident, the team with which he raced to fifth with at Macau.

Lorandi joined Trident for one day of testing at Valencia last month to learn the new Dallara F3 2019 car, an experience he found “really emotional” after going fifth fastest.

Prior to Macau, Lorandi got some race experience in karting, finishing third in the WSK Open Cup in Italy.

“Third overall after eight months without racing and two surgeries on my left hand. I wanted to win and gave it everything I had but it unfortunately wasn’t enough,” said Lorandi.

“The last few weeks were tough ones and I’m so grateful for being able to race and taste the podium again.”

Lorandi was similarly emotive about his Macau result, where he was also targeting victory despite his lack of mileage.

“Fifth in the FIA F3 World Cup after one year out of racing! I wanted to win but it still feels awesome [finishing fifth].”

In qualifying he was 14th fastest, ahead of both of his Trident team-mates, and immediately moved up to eighth after the multi-car lap one crash in the qualification race.

He made one other overtake in the race, and gained three spots before Lisboa on the opening lap of the grand prix to run in fourth. At mid-distance he succumbed that position to Carlin’s Logan Sargeant, then held fifth to the chequered flag.

There is no indication whether Lorandi will return to single-seaters full-time in 2020, or continue with his karting exploits.

Lorandi’s team-mate David Beckmann looked set for a similarly strong result on his own racing return after missing the FIA F3 season finale due a family emergency.

Beckmann was second fastest in Q1, then missed most of Q2 due to ongoing repairs from a free practice crash and was shuffled down to 19th on the grid. He gained 10 places in the qualification race, and finished the grand prix in ninth.

“Last race of 2019 done. Unfortunately the final race here in Macau was not the best. I started ninth, was seventh for a while but lost pace at the end and struggled a lot with tyres so I finished ninth.

“It was a great experience for me after three years not being here. Grazie mille [thank you] to Trident for the hard work. Let?s see what the future brings but now I have finally a lot of time for my family.”