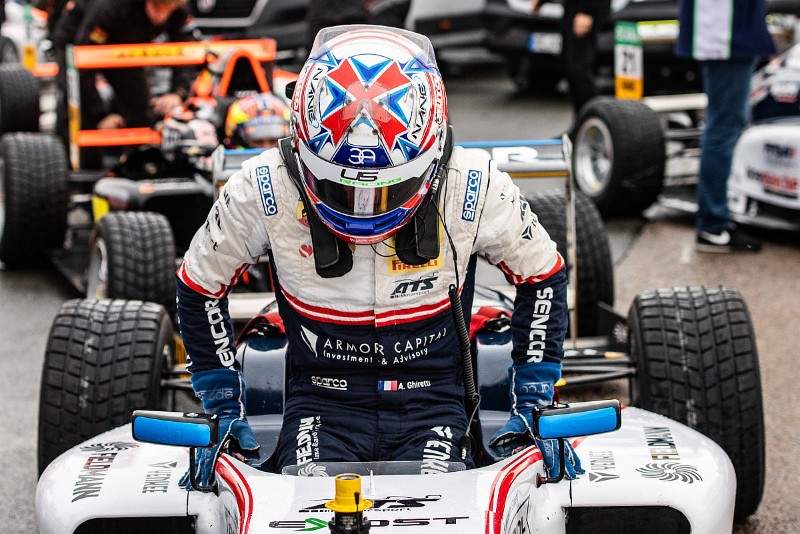 Mucke Motorsport’s Joshua Duerksen was the original winner of the third race of the weekend, but he was handed a 30-second post-race penalty for a restart infringement after a late-race safety car period.

This handed victory to Red Bull junior Dennis Hauger, with Pourchaire taking the title by one point in fourth place.

In addition to Ghiretti’s disqualification from second place for an underweight car, third place finisher Oliver Rasmussen has also been penalised 30 seconds after the Prema driver clashed with Van Amersfoort Racing’s Sebastian Estner, putting the latter out of the race and causing the safety car period.

The two places gained by Pourchaire means his title advantage over Hauger now comes to seven points, while Duerksen’s penalty now only drops him to 10th rather than 12th in the race classification.

The US Racing team that runs the four Sauber juniors in the championship successfully secured the teams’ title, and with Roman Stanek finishing fourth in the standings it also claimed the rookie title.