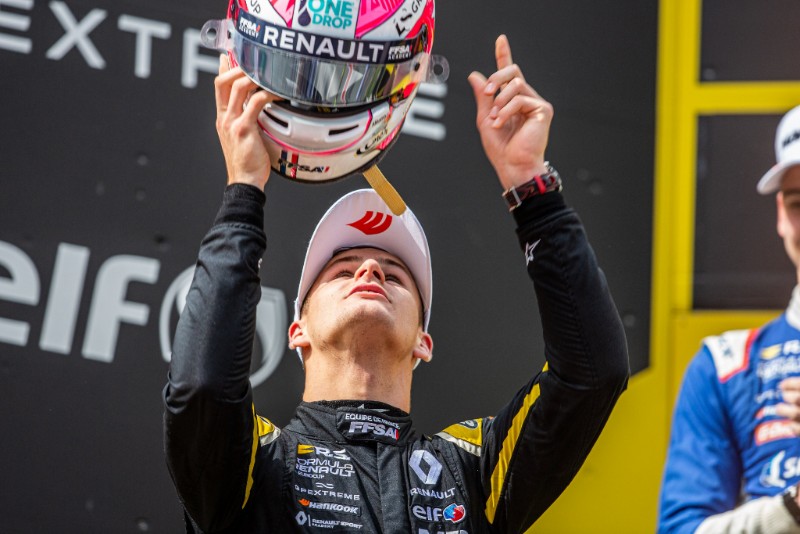 Renault Formula 1 junior Martins started from pole and went unchallenged for the duration of the race, taking his fourth win of the season.

Alexander Smolyar started alongside him on the front row but made a poor start, further compounded by Petr Ptacek baulking him at Turn 2 after overtaking him for second place.

This promoted points leader Piastri to third, but he wasn’t able to challenge Ptacek until the second half of the race. Even then, overtaking proved difficult in the Tatuus Regional Formula 3 cars and the Australian had to settle for third.

Alex Quinn held fourth place for the first half of the race, initially challenging Piastri, but ended up conceding the position to Lorenzo Colombo. At the end of the race he lost another place to Smolyar, with Caio Collet taking the opportunity to then attack Quinn around the outside of Turn 1.

Both drivers committed too long through the corner, with Collet going too wide through Turn 2 and Quinn being sent into the gravel and down the order.

Colapinto spent most of the race defending from Xavier Lloveras until the Spaniard fell down the order late on, while Kush Maini recovered from damaging his floor in qualifying to rise up to finish 12th.