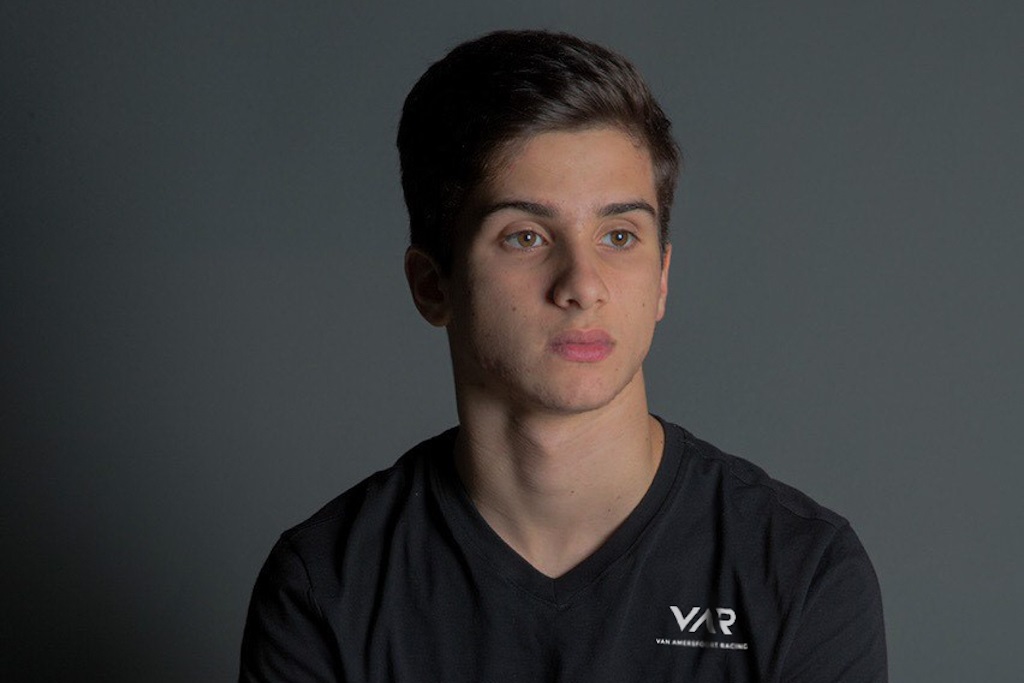 The Venezuelan has raced primarily in Italian Formula 4 for the last two years, first with Bhaitech and then with Prema.

A podium in the first race was his best result of the 2019 season, although a part-time campaign in Germany did result in Famularo’s first single-seater win at Zandvoort after gambling to start a wet race on slick tyres.

?I am extremely excited to join the Van Amersfoort Racing squad!??said Famularo.

?They have such an incredible drive to be successful. For me the upcoming season is an important one.

“It felt good making proper progress in F4, but I now feel ready to take the wheel of a much more powerful car.

“The level of competition in Formula Regional European Championship will be high, which is something I am excited about. It motivates me and will force me to put all focus on my one and only goal; podium finishes!?

Famularo will be team-mate to Euroformula-experienced Pierre-Louis Chovet at VAR, which plans to run a third car in FREC.

VAR’s CEO Rob Niessink said: ?It is great to have Alessandro with us for the next step in his career.

“His talent his evident and he is extremely eager to get started in FREC. He has shown great progress during his F4 journey, but we believe that by combining his talent with our experience, we will be able to maximise his potential even further.

“We have prepared very well for the upcoming season and will make sure Alessandro gets what he needs to be competitive.

“As they are both intelligent racing drivers, Alessandro and Pierre-Louis will benefit from being team-mates and learn from each other?s talents. We have a very positive outlook towards the season and the full crew can?t wait for the lights to go off for the first time at the end of March!?

Famularo’s twin brother Anthony also raced in Italian F4 in 2018, but switched across to USF2000 in America last year.