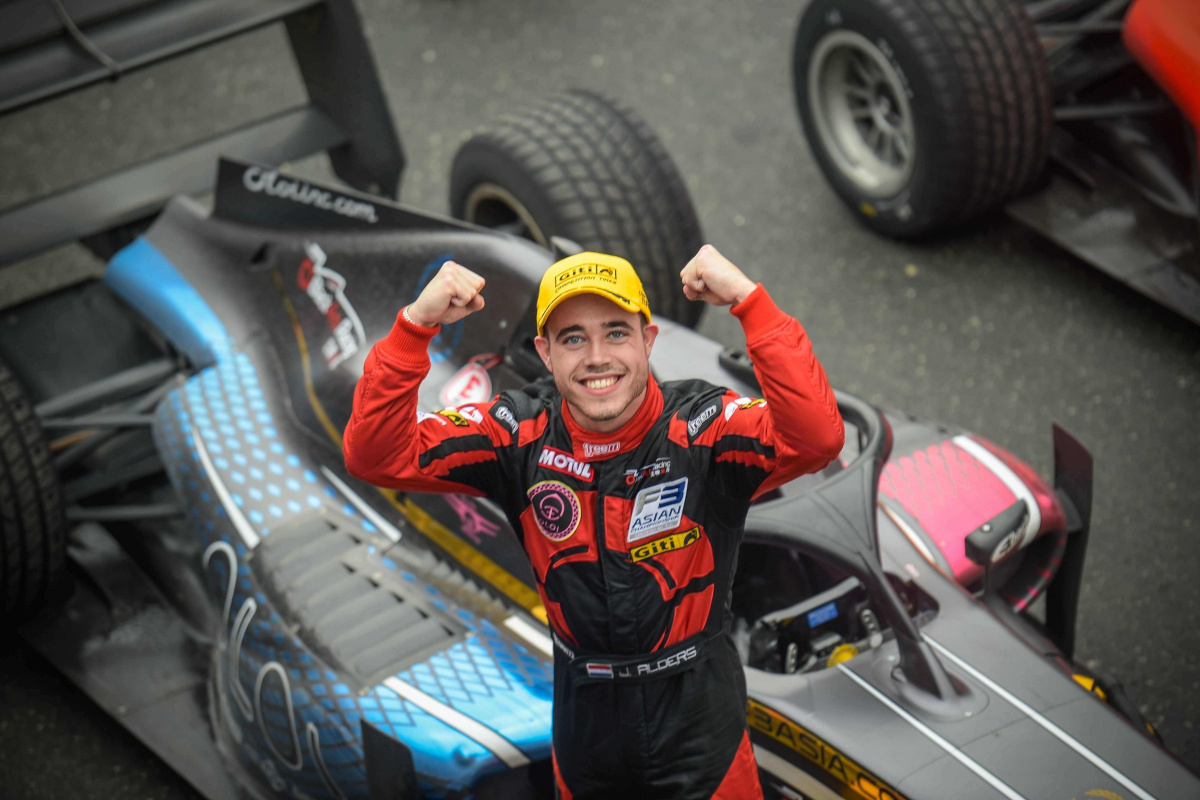 The Dutchman?s win in race two came after finishing second on the road behind W Series champion Jamie Chadwick, who had her first series win taken away for a start infringement.

Although he finished behind title rival Jack Doohan in the first and third races, BlackArts Racing?s Alders extended his lead to 48 points after Doohan retired from race two.

Reigning champion Sasahara headed up a Hitech GP one-two in race one, leading every lap from pole to claim his first win of the season.

With Sasahara ineligible for points, his team-mate Nikita Mazepin took a maximum points haul, having finished 1.785s behind from sixth on the grid.

Alders ran second early on the early stages, but was unable to keep pace with Sasahara, and instead found himself under pressure from Red Bull junior Doohan.

Doohan lost places after running wide while trying to pass Alders, before recovering to finish third ahead of Pinnacle Motorsport team-mate Pietro Fittipaldi, with Alders slipping back to fifth.

Chadwick set the fastest lap to secure pole for race two, which she duly converted into victory after an early safety car period.

The Absolute Racing driver was deemed to have moved before the lights went out at the start and was handed a 20s penalty post-race, resulting in her being reclassified in eighth.

Alders inherited victory, having finished 4.356s behind. He ran third early on after passing Sasahara, and took second after a car issue caused Doohan to retire.

Sasahara was classified second ahead of Absolute Racing?s Devlin DeFrancesco and Pinnacle’s Fernandez.

Fernandez ended his time in Asian F3 with a lights-to-flag race three win from pole, and having managed two safety car restarts.

Doohan completed a team one-two, with Mazepin finishing in third. Alders didn’t make up ground from sixth on the grid, finishing behind Sasahara and Fittipaldi.