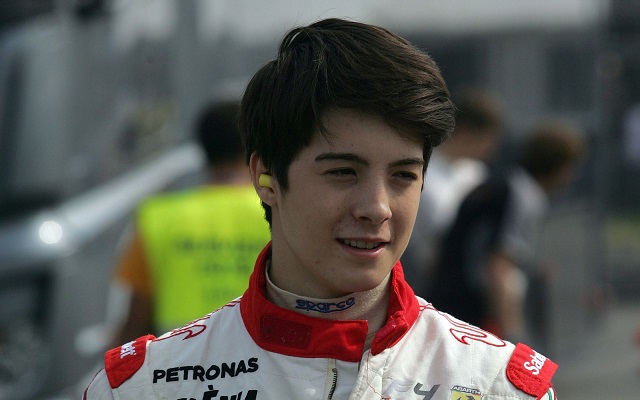 Alain Valente will switch from Italian F4 to the new German series for this season, joining the Race Performance team.

The 18-year-old Swiss driver finished fifth in the inaugural season of FIA F4 racing in Italy in 2014 with two outright podiums, driving for Jenzer Motorsport.

He will now link up with another Switzerland-based outfit Race Performance for an attack on ADAC F4, which will use the same combination of Tatuus chassis and Abarth engines as the Italian categoty.

Owned by gentleman driver Michel Frey, Race Performance have competed regularly in the European Le Mans Series and at the Le Mans 24 Hours in recent years. They do have previous single-seater experience, taking Ralph Meichtry to the Swiss Formula Renault 2.0 title in 2005.

“I look forward to this new challenge with Race Performance for 2015,” said Valente.

“The past first season in a formula car for me was a year of many ups and few downs. We finished the 2014 season with six podium finishes [in class] in seven events.

“The goals for the upcoming 2015 season are clear. We want to achieve as many race wins as possible and fight for the championship. In conclusion, I would like to thank my partners, sponsors, family and supporters for the tremendous support.“