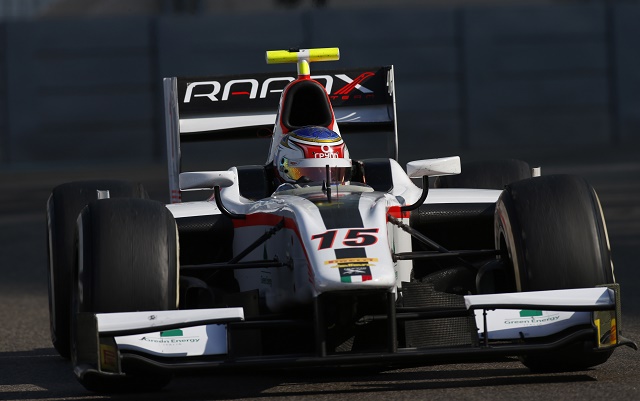 Russian racer Sergey Sirotkin will join the GP2 series in 2015, teaming up with Rapax.

Sirotkin, 19, ran with the Italian team for two days during November’s GP2 test at Abu Dhabi.

The Russian spent the two previous seasons in Formula Renault 3.5, starting out as an ISR driver and then moving on to Fortec.

In his rookie season, he was ninth overall and took two podiums, while his 2014 campaign featured a maiden win on home soil at Moscow Raceway and resulted in fifth place in the standings.

During his FR3.5 years, he was also a Sauber development driver and was even considered for an F1 promotion, but the plan never materialized.

The GP2 squad he’ll be racing with took the teams’ and drivers’ title in their first year as ‘Rapax’ in 2010. However, they have struggled since then, only finishing as high up as seventh in the standings.

Sirotkin is unlikely to be the only Russian driver on the GP2 grid, with compatriot Artem Markelov all but confirmed at Russian Time.