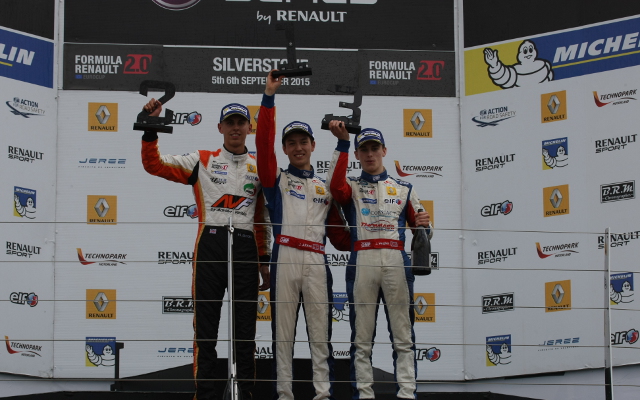 Jack Aitken picked up a home win in the first of three Eurocup Formula Renault 2.0 races at Silverstone, which was red-flagged after a pair of massive crashes on the opening lap.

The first of those incidents saw Jehan Daruvala roll and land upside down on a tyre barrier after contact in the Maggotts and Becketts sections.

Ferdinand Habsburg was then launched off the back of Ben Barnicoat‘s car exiting Club corner as the leading cars slowed with a safety car required for Daruvala’s crash.

The Austrian driver’s car was launched extremely high into the air, landed on its wheels and then did one full barrel roll. At this point the race was red-flagged.

Habsburg was able to get out of his car and then spent a while stood up against a medical car talking to staff, before eventually being stretchered into a waiting ambulance.

Daruvala was quickly out of his car and unhurt, and later joined Barnicoat on the Fortec pitwall to watch the rest of the race.

After the race was restarted behind the safety car, pole-sitter Aitken led untroubled, winning by 4.6 seconds from fellow front-row starter Harrison Scott, who scored his maiden FR2.0 podium.

It was an all-British podium in the end, with Aitken and Scott joined by Jake Hughes.

The position was fought for most of the race between Swiss second-row starters Kevin Jorg and Darius Oskoui.

Oskoui initially claimed third place after the pair ran side-by-side through the Arena complex but Jorg later attempted to challenge again around the outside of Stowe.

He was forced wide, allowing Hughes through into Vale before the Briton dived up the inside of Oskoui at Club.

Jorg capitalised on that to re-pass Oskoui and finish fourth.

Dennis Olsen was fifth ahead of Martin Kodric, while Callan O’Keeffe and Louis Deletraz demoted debutant Will Palmer from eighth to 10th. 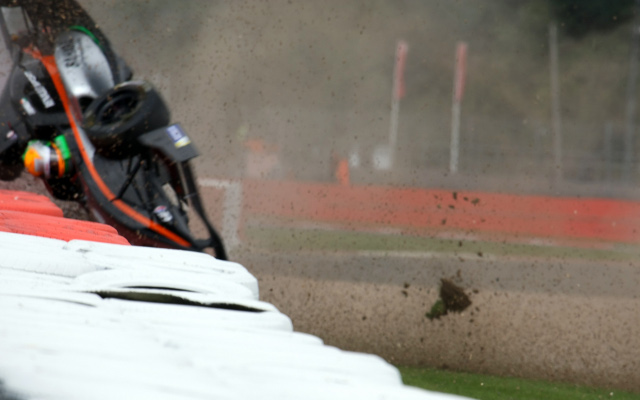