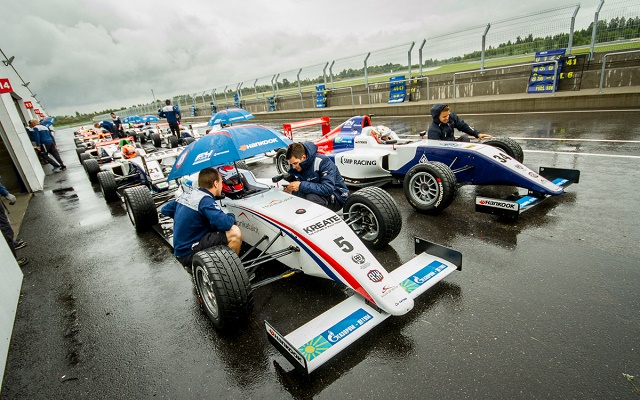 Niko Kari extended his championship lead by displaying mastery of the wet conditions en route to his fifth SMP F4 victory of the season at Moscow.

The opening lap did not go as planned for him as pole-sitter Nerses Isaakyan had a better launch and a built up a lead of two seconds.

Kari on the other hand, lost out to Alexander Vartanyan?but the 15-year-old Russian soon found himself in fourth, slipping behind Kari and Niclas Nylund after running wide.

Once back in second, Kari closed the gap on Isaakyan and outmanoeuvred the Russian on lap four to edge ahead and eventually see the chequered flag first, despite missing his braking points on two occasions later in the race.

The podium was completed by Nylund, four seconds behind Isaakyan, as he kept Vartanyan at bay, with the top five completed by Nikita Troitskiy.

Aleksanteri Huovinen lost ground at the start and could only take sixth, followed by Aleksander Maslennikov, Simo Laaksonen, Alexey Korneev

Vladimir Atoev was handed a drive-through penalty for a jump start during the race and ended up taking 10th.