Aitken storms to pole in first Alps qualifying at Spielberg 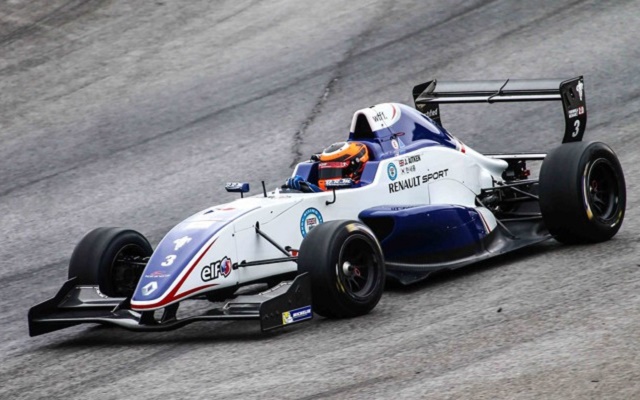 It was smooth sailing for the Brit, with second-placed Matevos Isaakyan being the only driver who could manage to stay within a second of Aitken’s pace.

Emerging on track first, Aitken quickly asserted his dominance, carrying a two-second lead after the early round of laps.

With five minutes to go, however, it was teammate Anton De Pasquale who moved into first and, with Aitken bailing in S3 on what was likely to be another benchmark lap, he was soon shuffled down the order

Yet another Koiranen driver Stefan Riener briefly held the top spot, succeeded by ARTA’s James Allen and then Isaakyan, who had claimed two rookie poles at Spielberg last year.

But it was Aitken who had the last laugh, putting in a massive lap to go 1.7s clear and improving yet again before the checkered flag to ensure pole.

Isaakyan will join him on front row, with Koiranen drivers Riener, Philip Hamprecht and De Pasquale locking out the rest of the top five.

Allen enjoyed the best qualifying of his FR2.0 career in sixth, ahead of rookie Denis Bulatov and Thiago Vivacqua.

Jake Hughes, the fifth Koiranen car in the top ten, ended up ninth, while Amaury Richard completed the top ten.

Cassidy cruises to Japanese F3 race one win at Okayama