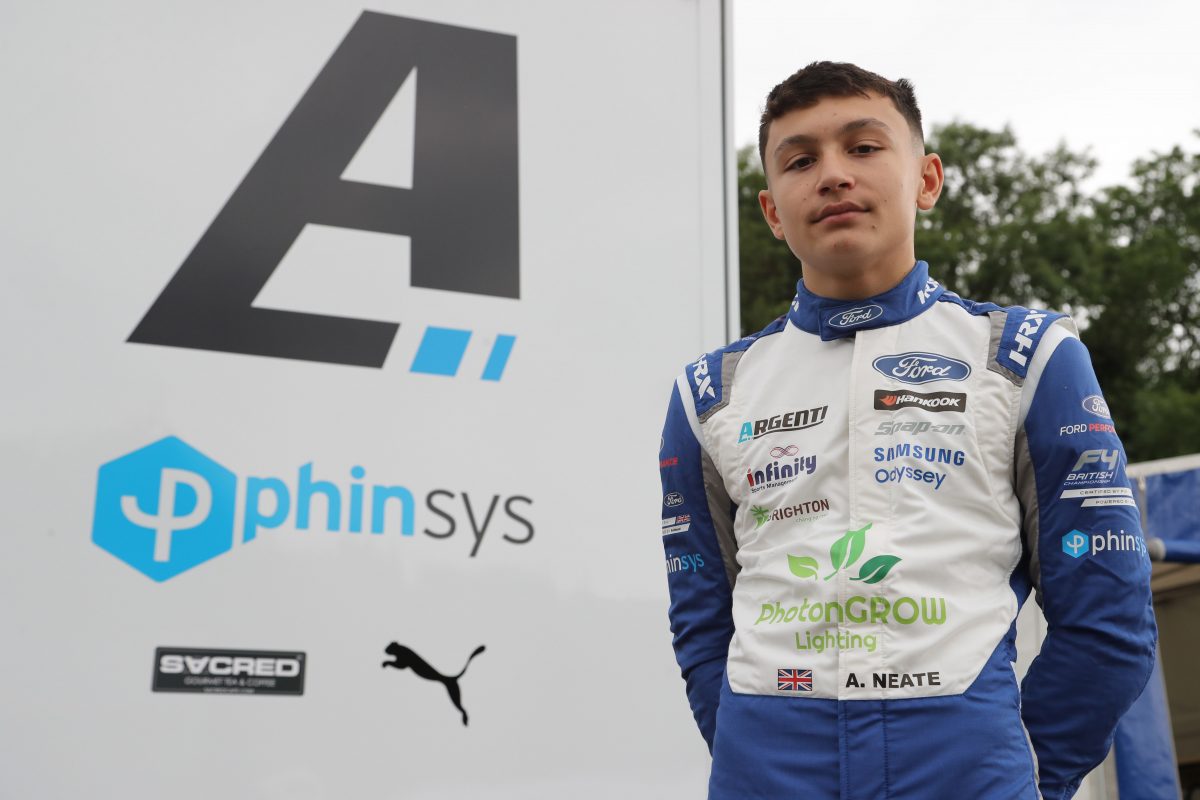 Argenti Motorsport will expand to four cars as Aiden Neate joins the team for the remainder of the 2021 British Formula 4 season.

Neate, the son of British Touring Car Championship driver Andy Neate, made his car racing debut earlier this year in the French F4 championship. He finished as the top rookie twice in six races and has a best overall finish of fourth place.

The championship uses the same chassis as that in the British series, though with Renault supplying the engine rather than Ford. Neate hopes his French F4 experience, and recent British tests, will help with his late start to his home championship.

“I have got a lot of mileage in the car so I’m pretty confident that we can do well going into this first race meeting at Brands Hatch.

“A lot of time has been put in adapting to my first year of cars, coming from European karting with the Tony Kart Factory Team last year. A massive thank you to everyone around me who has helped me progress.”

The squad will be the third team on the grid to reach the maximum number of cars permitted for a team, as the British F4 field expands to 19 cars. It’s the highest number of entrants the series has received since the 2017 season finale.

“Aiden is a serious talent and has produced some very impressive performances with us in testing, so we’re ready to help him realise his full potential in the championship this year.”