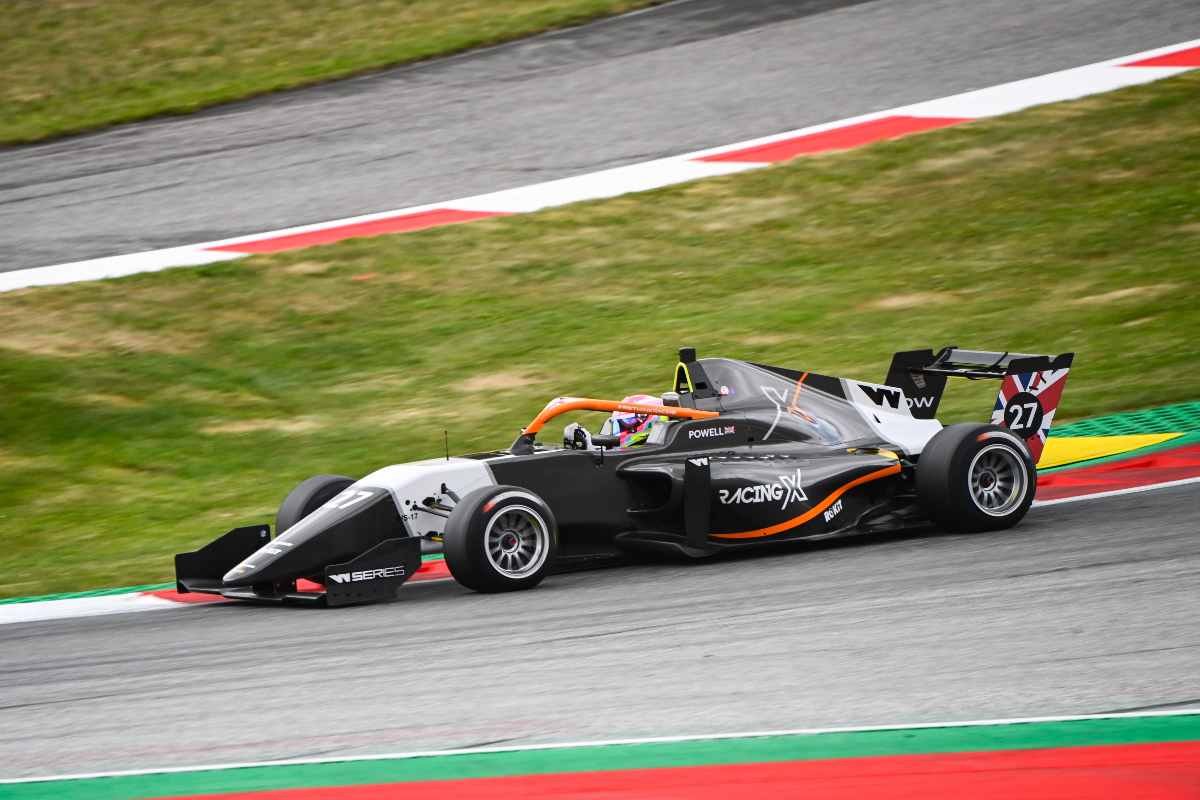 Alice Powell took her first W Series pole as the championship returned to action at the Red Bull Ring after a year out, while reigning champion Jamie Chadwick qualified eighth.

Powell, the most recent W Series race winner, topped free practice and put in a lap late into the 30-minute session to go to the top of the timesheet.

While not towards the top throughout in qualifying, she rose up the order late on and her 1m28.964s effort was the only sub-1m29s lap of the session.

Laptimes began to drop off towards the end, but a couple of drivers were able to find some pace at the very end.

Starting alongside Powell will be Sarah Moore, while rookie Belen Garcia impressed by qualifying third for her debut.

Beitske Visser lingered towards the middle of the order for much of qualifying, but the World Endurance Championship racer was able to put it together towards the end and qualified fourth.

Her 2019 title rival Chadwick, however, struggled to find frontrunning speed and slipped back to eighth – her worst W Series qualifying.

In between those two are Emma Kimilainen, Jessica Hawkins and Marta Garcia. Hawkins was another driver who climbed up the order late on, while Garcia took a bit of time to get a representative lap in.

Fabienne Wohlwend and rookie Ayla Agren round out the top 10 which was covered by less than half a second, a marked improvement on competitiveness on the first season.

Miki Koyama and rookie Irina Sidorkova ended up 13th and 14th and fell foul of track limits violations on a number of occasions, preventing them from sneaking into the top 10. They are set to start behind rookies Bruna Tomaselli and Abbie Eaton.

Vicky Piria, rookie Nerea Marti, Sabre Cook and Gosia Rdest, standing in for Tasmin Pepper, round out the 18 cars ahead of Saturday’s race.