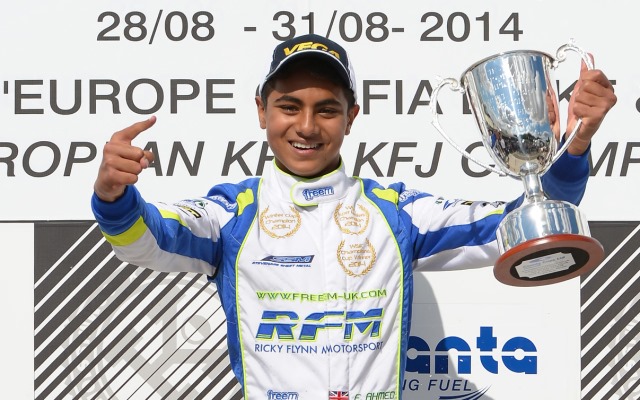 Ahmed, who turns 15 in February, also won the European title last year at KF-Junior level as well as the WSK Super Master Series and Champions Cup and the Winter Cup.

In MSA Formula, Ahmed will go up against his former karting team-mate and fellow world champion Lando Norris, who has signed with rival squad Carlin.

“I?m very excited to be with Arden, they?ve had good pedigree so I?m sure we?ll get on well,” said Ahmed.

“It was a hard decision but it was too good to turn down. The first half of the year will be about learning. I think it?s going to be the hardest F4 championship in the world. It will be a good stepping stone.”

Garry Horner, team boss and father of Christian, said: ?We are very excited to have Enaam signed with our MSA Formula team.

“He has certainly impressed us with his performance in several championships last season and we are certain he can carry this through taking the next step up to focus on single seater racing.?

Ahmed is the second of Arden’s drivers for the new series to be named, joining Sandy Mitchell.