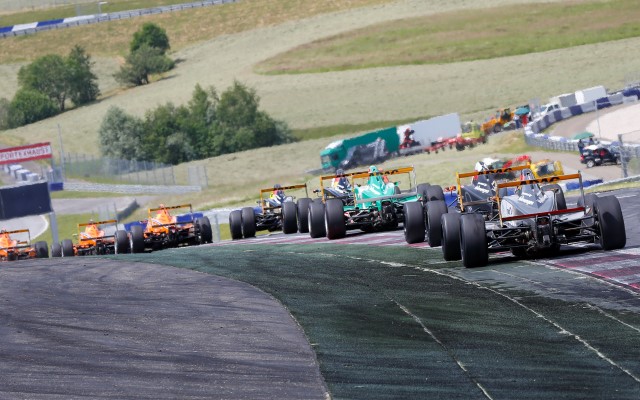 Germany has become the latest nation to adopt the FIA’s Formula 4 category, with the ADAC confirming that it plans to make the switch for 2014.

ADAC Formula 4 would replace ADAC Formel Masters, which has run successfully with a Dallara chassis and Volkswagen engine since 2008 and produced champions such as Daniel Abt, Richie Stanaway, Pascal Wehrlein and Marvin Kirchhofer. Grids have fallen from around 20 cars last year to as low as 14 during the current campaign.

The FIA’s vision for entry-level series was established in 2013 and first adopted in the form of Italian F4 for the 2014 season. Recently it was confirmed that in the UK, Formula Ford would adopt F4 rules for 2015. France is expected to follow suit and align its F4 series to the FIA concept.

ADAC Sports President Hermann Tomczyk explained that some details still need to be arranged with the FIA.

“We are providing a modern platform for junior open-wheel racing in Germany with the introduction of ADAC Formula 4,” he said. “Consequently, there will be a seamless path for trainees up from Formula 4 to Formula 1 via Formula 3, while complying with the most advanced safety standards throughout.

“There are still some organisational issues that need to be clarified with the FIA, but I am confident that ADAC Formula 4 will become a reality in Germany next year.”

Gerhard Berger, who developed the FIA’s F4 concept in his role as head of the Single-Seater Commission, commented: “Germany sets an example and is a key market for motor racing trainees throughout the world, so I am very pleased that the ADAC is planning to introduce the FIA F4 Championship in 2015. I am certain that this championship will provide a stepping stone for many future F1 drivers.”