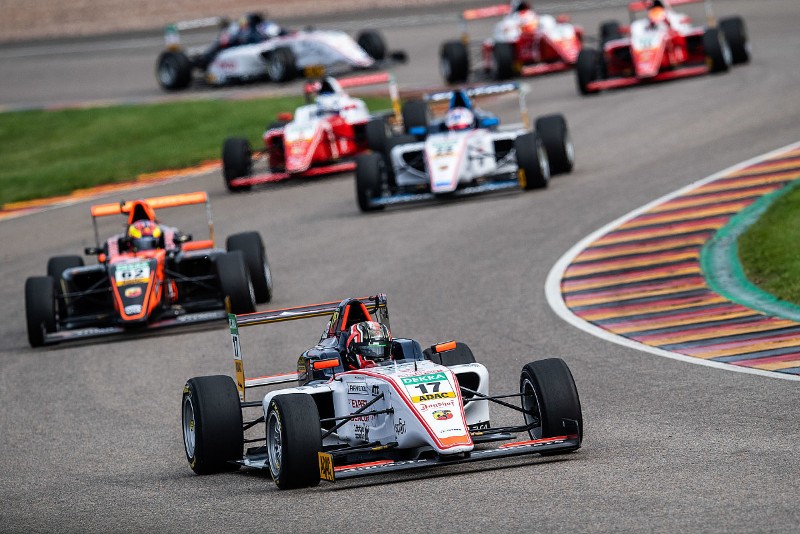 ADAC Formula 4 has changed the date and location of its season-closing round to avoid a clash with Italian F4’s season finale.

Many of the ADAC F4 drivers and teams compete in both championships, and it was originally scheduled that the Germany-based ADAC series would finish at Sachsenring on October 2-4, the same weekend Italian F4 is due to conclude at Mugello.

The change of dates means Sachsenring is now absent from the ADAC F4 calendar entirely, with no other available dates at the circuit for the series to race at, and a departure from the ADAC GT Masters support bill in leau of a NASCAR Whelen Euro Series support slot at German Grand Prix venue Hockenheim.

Rather than use the grand prix layout of the circuit, the championship will race on the shortened National layout which cuts out the long run to and return from the Spitzkehre hairpin.

The date of the season finale will now be October 16-18, meaning it clashes with Spanish F4’s trip to Algarve in Portugal. Few drivers double up in ADAC and Spanish F4, meaning this should not present itself an issue.

The adjusted ADAC F4 calendar begins on April 24-26 at Oschersleben, followed by trips to the Nurburgring (May 21-23) and Austria’s Red Bull Ring (June 5-7) before a lengthy summer break. A second visit to the Nurburgring (August 14-16) is followed a week later by a round on the revamped Dutch Grand Prix venue Zandvoort (August 21-23), then two Hockenheim rounds in a row on September 18-20 and October 16-18.

Germany’s departure from the Formula 1 calendar for 2020 means there is no F1 support slot for the championship this year.