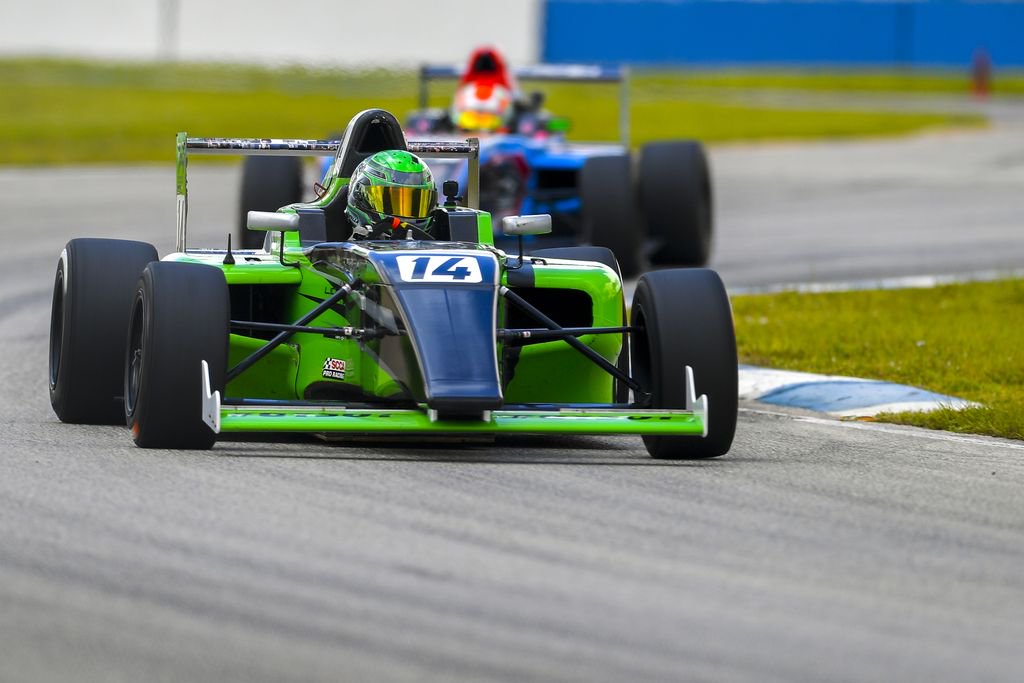 Dylan Tavella will continue with Kiwi Motorsport in United States Formula 4 this year after winning the F4 Western Winter title with the team.

The 17-year-old has raced in US F4 for the last two seasons with two different teams, and took his first podium on the way to eighth in the points.

He also raced in the winter series of the country’s Western championship, finishing as runner-up in 2019 and winning the 2020 title last month with two wins.

“In 2020 I decided to give myself the best opportunity to win the F4 championship and that meant being with a team that knows what it takes to win,” said Tavella.

“With the overall goal to claim the series title, I will be pushing as hard as possible both on and off the track, but additionally driving with a good head on my shoulders to ensure points each and every on-track session.”

Kiwi boss Garry Orton added: “We are very excited to have Dylan join our team. Through the 2019 season Dylan showed very good pace and we are confident that with our help he will see many more podium results.

“Already this year Dylan has swept a 2020 Winter Series event weekend with our program and was a good fit from the very first day.”

Tavella is the highest placed of the returning drivers from last year, and will join Australian Supercars legend Greg Murphy’s son Ronan at Kiwi.

Alliance Racing has made its first signing for the season with Lucas Oil Formula Car Race Series graduate David Burketh.

“I am beyond excited, proud and thankful to become a part of the Alliance Racing family and cannot thank them enough for giving me the privilege and opportunity to be a part of it,” Burketh said.

“There is so much potential within everyone on the team, and we are all hungry to be the best.”