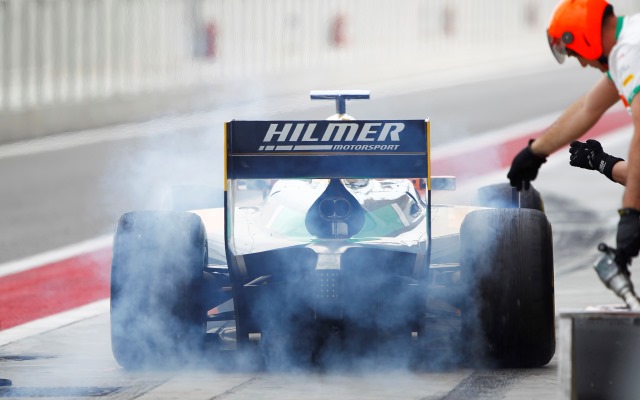 Daniel Abt was the quickest man in the final session of GP2 pre-season testing in Bahrain.

It was the Hilmer Motorsport driver’s second session-topping time from the three-day test, although his time from the final afternoon of 1m41.061 was nearly two seconds slower than the best of the week – posted by Rio Haryanto on Thursday morning.

Johnny Cecotto was close behind in third for Trident ahead of Rapax driver Adrian Quaife-Hobbs. Jolyon Palmer led much of the session for DAMS but his time was only good enough for fifth at the chequered flag.

The five teams that occupied the top five places also filled positions six to ten with their second cars.

Simon Trummer was sixth in the second Rapax car, ahead of Facu Regalia (Hilmer) and Stephane Richelmi (DAMS). The top ten was completed by Axcil Jefferies and Artem Markelov for Trident and Russian Time respectively.

Jon Lancaster‘s morning benchmark ended up as the fastest time of the final day. The Briton – without a confirmed drive for the season – was 14th in the afternoon.

The teams and drivers will return to Bahrain for the opening round of the 2014 season on 5-6 April.