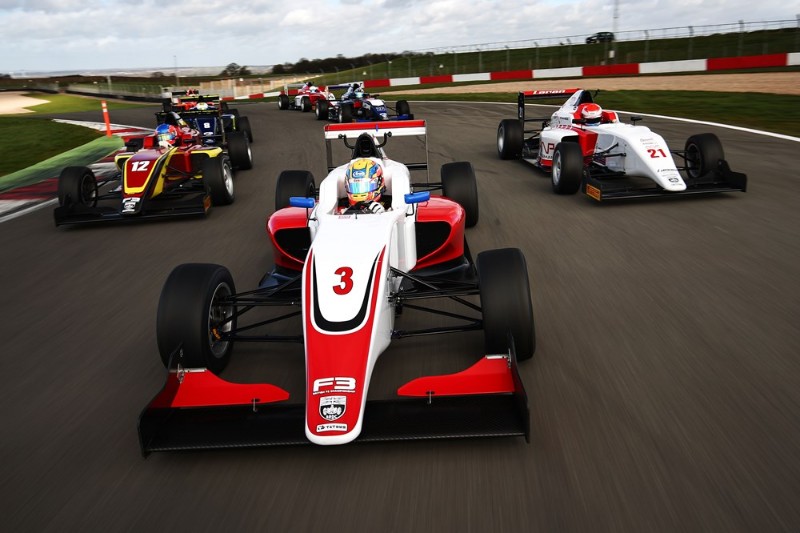 After 2019, BRDC British Formula 3 looks set to become one of the halo-shod FIA-branded regional series that have already appeared in North America, Asia and on the European continent. That should safeguard the continued use of the F3 moniker, but will likely mean whoever wins this year’s title will become the seventh and final of the BRDC-branded champions.

The championship’s hall of fame, in its original and revived form, include three Formula 1 world champions, two CART champions, a Super Formula champion and winners of the Indy 500 and Le Mans 24 Hours. The list goes on.

This year’s grid doesn’t have to live up to those achievements to give the second BRDC era a fitting farewell, as there already appears to be a three, potentially four-way title battle on the cards.

Jewiss vs Simmons: round two

Last year’s British Formula 4 title fight was heavy on drama thanks to chief protagonists Kiern Jewiss and Ayrton Simmons. Their on-track battles, and the off-track consequences of them, raised the personal stakes as the season wore on, but Jewiss ended up wrapping up the championship with two races to spare.

A Ferrari Driver Academy test and a spot in the final of the Autosport BRDC Award, which had lowered its age limit to accommodate the single-seater rookie, suggested the Mark Blundell protege was on for big things. So to sign with Douglas Motorsport in British F3 came as quite a surprise.

Jewiss won the 2017 Ginetta Junior rookie title with Douglas, and drove for Double R Racing last year. He tested with both in British F3 over the winter, but forewent the reigning champion team for a one that’s best driver finished eighth in the standings in 2018. 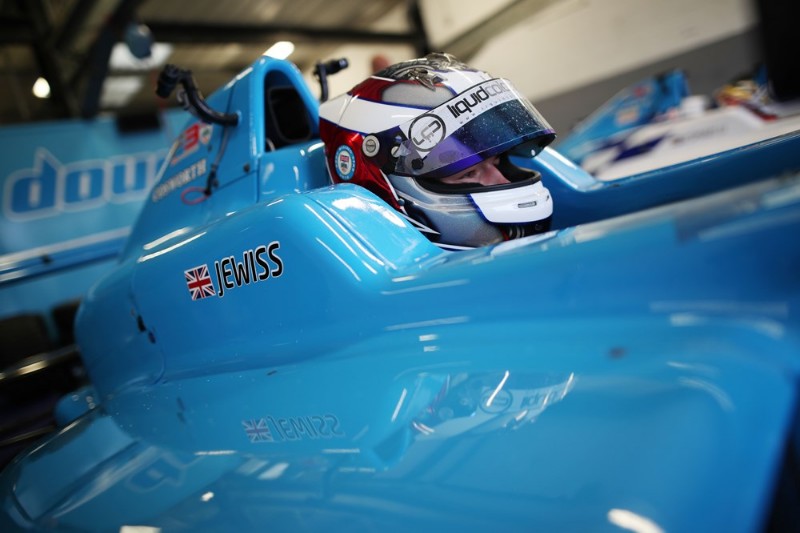 Testing has been too variable to suggest if Douglas was the best choice, but it certainly doesn’t look like an unintelligent one. Jewiss has consistently been one of the top drivers, and is often found in a similar spot in the order to old rival Simmons at Chris Dittmann Racing.

CDR only has one podium in three seasons, with its next best result coming from Simmons’ nine-race cameo last year. Like Jewiss he had actually looked at competing in Europe this year, but budget led him back to British F3. Considering CDR’s limited record of success in the championship, what led Simmons to signing with the team.

“The way we worked as a team was excellent in the few races we did together,” Simmons explained to Formula Scout pre-season.

“To achieve what we did without any testing was unbelievable so that was one of the main reasons why I joined CDR. [My British F3 debut at] Spa was definitely one of the best weekends of my racing career, to have qualified in P4 on my first day out in the car was incredible and unexpected really.

Simmons and CDR’s aim is to win the title this year, despite their collective budget meaning they completed no private test days over the winter. In group testing he’s been rapid though, and topped day one of the most recent Oulton Park test.

The Anglo-Spaniard is admittedly used to racing on the back foot though, and with Oulton Park hosting the season opener he could get 2019 off to a winning start. 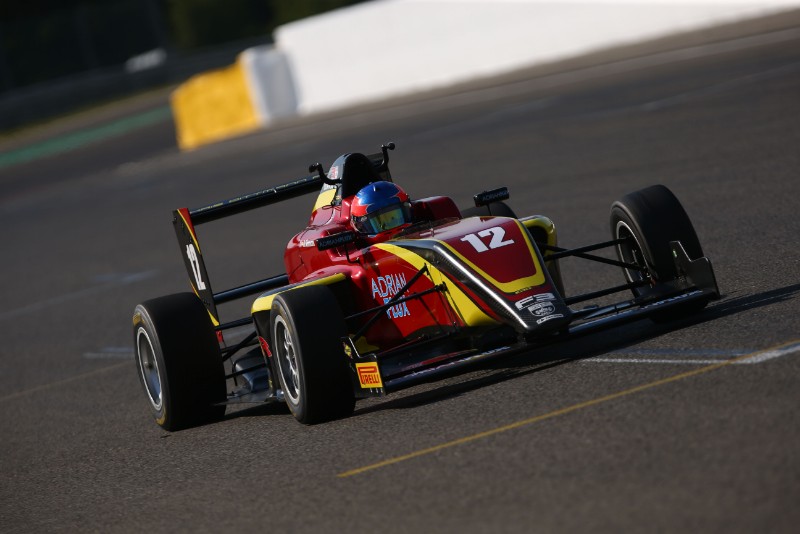 Could it be Hoggard’s year?

On testing pace alone, it looks like Johnathan Hoggard could emerge victorious in his rookie season with Fortec Motorsports.

The teenager has looked rapid in testing, and is one of the least experienced drivers in the field. He made his car racing debut in British F4 late in 2017, but only entered four rounds having decided to prioritise his education that year. Despite his late start he still made it onto the podium, and won a stunning eight races last year to finish third in the standings.

He perhaps doesn’t have the racecraft of Jewiss or experience of Simmons, but certainly has the pace to lead races from the front. British F3’s points system rewards racecraft though, meaning Hoggard will have to perform at his best if he’s to collect the points that could prop up a title challenge in the reversed grid races.

Clement Novalak had a messy first year in single-seaters, starring in the Toyota Racing Series with two wins but then injuring himself on the way to a pointless season in the Formula Renault Eurocup and a bit-part 18th in British F3.

It shouldn’t be forgotten that he started the first race of the 2018 British F3 season from pole though, and the form he showed in the races he did contest would’ve easily put him in the top 10 in the standings.

He’s picked up where he left off with Carlin, setting a new track record in pre-season testing at Spa-Francorchamps. In the other group tests he hasn’t looked as fast, but looks well prepared for the season having completed significant private testing with the team.

Novalak was capable of beating Ferrari juniors Marcus Armstrong and Robert Shwartzman in straight battles last year, so if he’s at his best again then winning in British F3 shouldn’t be an issue.

Manuel Maldonado?is the highest-placed series returnee, having finished seventh last year in his second year in the championship. He remains with Fortec, and is looking to transform from a driver whose only two podiums last year came from reverse-grid victories, into a genuine title challenger. His rookie team-mate Hoggard will provide a major headache, but also a brilliant chance for the Venezuelan to prove himself.

Judging by testing, Simmons should have it all his own way at Chris Dittmann Racing, with Nazim Azman?alongside him. Azman finished 17th in his maiden year in Italian F4 last year and also ended up fourth in his second year of Spanish F4.

Neil Verhagen?begins life after Red Bull with a sideways (or backwards depending on who you ask) step into British F3 after spending two years racing in Eurocup. He remarkably finished 11th with 59 points in both years. This obviously wasn’t good enough for Red Bull, but he was still able to secure a seat in British F3 with the team which took Linus Lundqvist to the 2018 title. His testing pace has been muted if not consistent so expect him to be a podium regular even if a title challenge may be a bridge too far.

Double R Racing’s line-up is completed by?Hampus Ericsson?and?Pavan Ravishankar, the latter of which is entering his second full season in the series with the team, and will be hoping to make a considerable improvement on last year. He proved quite capable of converting strong reversed grid positions into big results on a couple of occasions last season including a maiden victory at Silverstone. It’s probably his best chance of success this year. 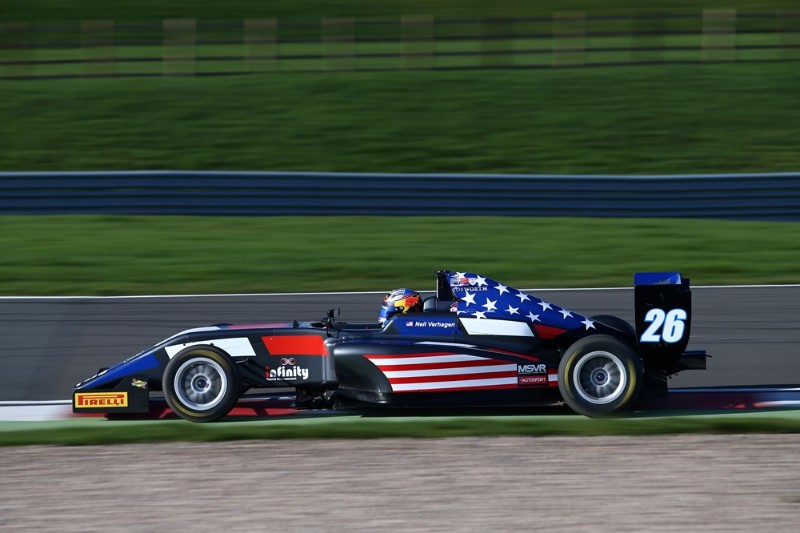 Ericsson was extremely competitive when he made his British F3 debut mid-season at the penultimate round at Donington last year with Fortec, making full use of the reversed grid to secure third place in the second race. He secured three further top 10 finishes in his next three races.

Reversed grid wins should be possible this year as is a place in the top eight in the championship at a minimum. His struggle to turn promise into results in British F4 is a red flag though.

Alongside Jewiss at Douglas is 17-year-old Belgian Ulysse De Pauw. He finished his maiden year in car racing third in a competitive French F4 field and has been among the best in testing, which suggests he might be capable of challenging Jewiss for team leadership.

There’s an even stronger shout for dark beside them though in Benjamin Pedersen. He starred in the opening weekend of his second season in the Americas F3 Championship, winning the first race and holding a joint-lead with his team-mate in the drivers’ championship. Pedersen is prioritising Britain this year, and although his pre-season has been unremarkable he is a proven driver in F3.

Joining Novalak at Carlin is Lucas Petersson and?Kaylen Frederick. Both have looked solid on track, comparing well to Novalak. Petersson looked unremarkable in his one-off French F4 weekend but showed potential during his 2017-18 F4 UAE campaign. Frederick has also been a star in America, but has ultimately underperformed in his time in USF2000.

Fronting a one-car entry for Lanan Racing is?Josh Mason, the winner of the final race of last season. Those who watched it will know the rain-affected race consisted of two laps under the safety car and nothing else. Mason’s actual best result of his five-round season was a seventh-place finish at Donington Park. Expect another learning year and possibly some reversed-grid podiums.

Another one-driver team entering the season is Hillspeed, running?Sasakorn Chaimongkol. Despite limited prior car racing experience, Chaimongkol finished ninth in the series last year. He also showed solid testing pace and could be a winner in 2019. 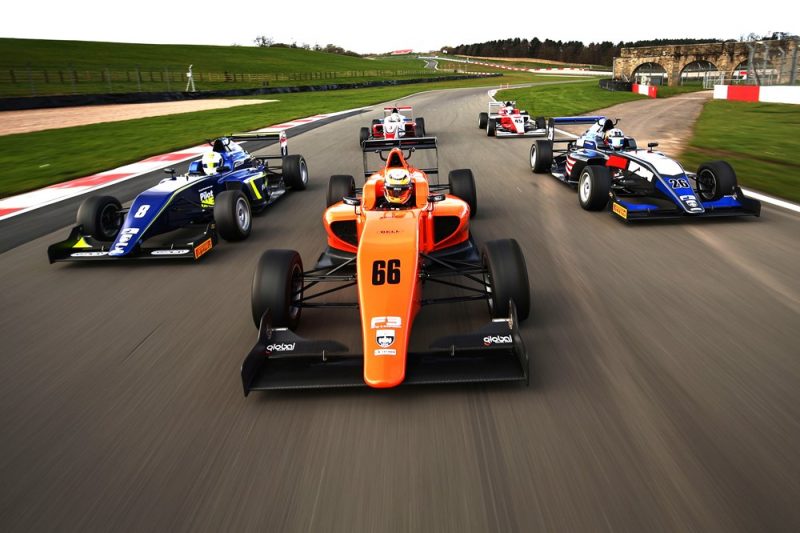